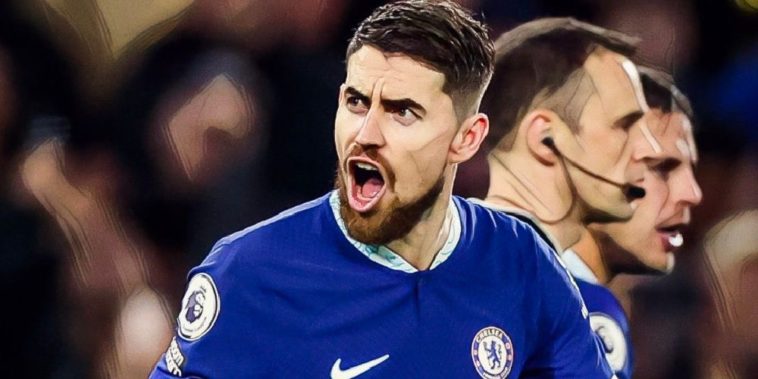 Chelsea were denied all three points against Manchester United following a stoppage-time equaliser from Casemiro.

It was Manchester United who dominated the early stages of this contest at Stamford Bridge, with Anthony and Marcus Rashford both having decent chances to open the scoring.

Such was United’s dominance, Chelsea boss Graham Potter made a first-half tactical substitution, switching to a back four by removing defender Marc Cucurella in place of Matteo Kovacic, the move allowing the Blues to get more of a foothold in midfield.

Erik Ten Hag responded in the second half by bringing on Fred in place of the ineffective Jadon Sancho, the changes resulting in a game that neither side really were able to dominate.

With six minutes to go, however, Chelsea would be handed a gilt-edged chance to snatch all three points, substitute Scott McTominay being caught holding Armando Broja at a corner, leaving Stuart Attwell with no choice but to point to the spot. Chelsea’s regular spot-kick taker, Jorginho, stepped up and produced his trademark skip, before sending David de Gea the wrong way.

There would however be one final twist as Manchester United managed to grab an equaliser in the 94rd minute, summer signing Casemiro producing an absolutely fantastic looping header to beat Kepa Arrizabalaga’s best efforts, the goal decision system confirming the latest draw between the two sides – the 26th time in the Premier League that this fixture has finished all-square.

Manchester United and Chelsea have drawn 26 times in the Premier League. No fixture has ended in a draw more often in Premier League history.

Speaking after the game, Graham Potter admitted that a point was ‘about right’, but insisted that there was plenty of positives to take away from the contest.

“Lots of positives in terms of the amount of effort the boys put into the game,” he told BBC Sport. “Manchester United were better than us for the first 30 minutes and we had to respond and I felt we did that.

“It wasn’t from a lack of trying. The boys gave everything, when you score as late as you do there is a feeling you’ve dropped points but over the course of the game a point is probably about right.

“When we scored, because of how hard fought it has been it is hard to control things going into the box. We have to accept the point and dust ourselves down to go again on Tuesday.

“I can’t stand here and say we deserved to win. The two teams had a go and a point is about right.”

The result leaves Chelsea fourth on 21 points with Manchester United a point further behind in fifth.