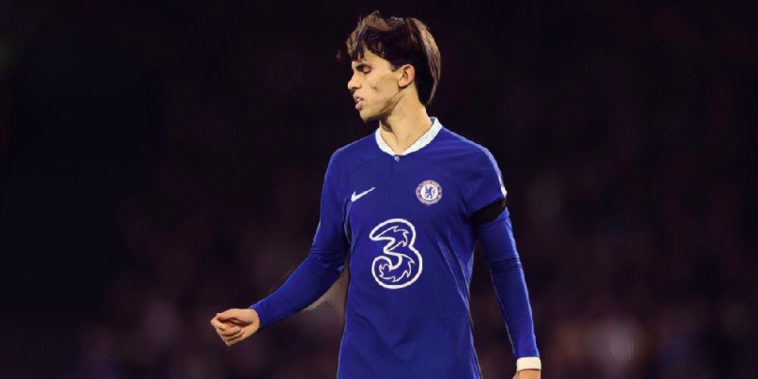 Chelsea’s disappointing season continued as they slipped to a 2-1 loss to West London rivals Fulham as Joao Felix saw red on his debut.

Chelsea came into the game with just one win from their last eight Premier League outings, but got off to a bright start on the banks of the River Thames, with Joao Felix looking particularly lively on his debut in the opening stages.

Fulham did manage to weather the early pressure though, and came closest to opening the scoring as Bobby De Cordova-Reid cracked an effort against the bar. They did, however, manage to go ahead just minutes later as they capitalised on some poor Chelsea defending. Lewis Hall and Trevoh Chalobah were both guilty of mistakes at the back, before former Blues winger Willian saw his effort deflect off Chalobah to nestle into the bottom of Kepa’s goal.

Chelsea did drag themselves level within two minutes of the second half getting underway as Mason Mount’s whipped free-kick struck the post and dropped into the path of Kalidou Koulibaly, the Senegalese poking the ball over the line despite the best efforts of Bernd Leno.

Earlier this week, the Blues stumped up £11 million for the services of Joao Felix as they finalised his loan move from Atletico Madrid, though minutes after losing Denis Zakaria to yet another injury, the Portuguese was shown a straight red card for a high challenge on Kenny Tete with 32 minutes still to play.

Fulham were without talisman Aleksandar Mitrovic through suspension, though it was his replacement, Carlos Vinicius, who gave the Cottagers the lead in the 73rd minute. The Brazilian got on to the end of a lovely delivery from Andreas Pereira to nod home, with Kepa seeming to lose the flight of the ball.

The hosts comfortably held on for the three points that move them to within four points of the Champions League places, while Chelsea are a further six points further back in 10th.

Speaking after the game, underfire Blues boss Graham Potter felt his side applied themselves well during the game, especially having gone down to 10 men.

“I think we controlled the game early, won the ball back high, created some opportunities, maybe missed the last pass. We made a couple of mistakes for their goal,” he told BT Sport.

“Second-half I think we responded well and then the red card changes the game. Makes it a little more difficult for us, I thought the application when we went down to 10 was really good.

“Disappointed with the goal because I think we could do better and that is what cost us. Really disappointed to lose.”

Joao Felix will now miss Chelsea’s next three games and will be unavailable until February 11th, asn asked about the sending off, Potter said: “It was a forwards tackle, there wasn’t too much malice in it but I understand why it was a red.

“It is another blow the hits keep coming at the moment. He was really good you could see his quality in the game so it is doubly disappointing for us.”

The Blues boss has come under increasing pressure from supporters following the club’s recent results, though said that the team have to ‘keep working together’ to come through the difficult spell.

Next up for Chelsea is another London derby as they host Crystal Palace at the weekend before travelling to take on Liverpool on the 21st.