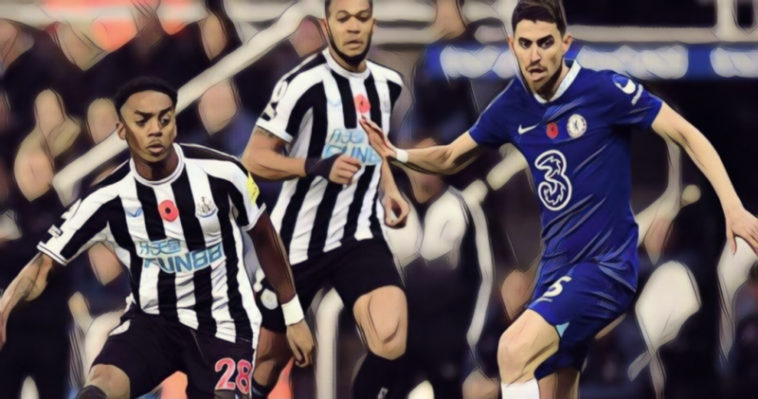 Chelsea boss Graham Potter is coming under increasing pressure after his side slipped to a 1-0 away defeat against top-four rivals Newcastle.

The Geordies were the better side in terms of fluidity and attacking intent during the first half, although neither side was able to produce any real quality in the final third.

As the second half began Newcastle began to look increasingly likely to be the side that would break the deadlock, with man-of-the-moment Miguel Almiron and Sean Longstaff both going close in quick succession.

On 66 minutes Chelsea finally clicked into action with Conor Gallagher forcing his international teammate Nick Pope into a full-length stop.

Just a minute later though and Newcastle would score a deserved winner through Joe Willock. Newcastle winger Almiron took a heavy touch at the edge of the area, but it fell perfectly into the path of Willock, who curled a stunning strike into the top corner.

Chelsea are now winless in five Premier League games and their manager Graham Potter admitted afterwards it’s been a tough period for his team.

“It was a tough game for us,” Potter told Sky Sports. ”Losing Ruben and Aspi at half-time. You can see in the two teams the different schedules. Newcastle have one game a week and we have a tough schedule. That showed. But there were also too many enforced errors. We got through a few times but we didn’t have enough quality.

“In a game of few chances, they got a winner. We changed things but we didn’t have enough. You could see in the first half they were pushing us back. We could not get out of the defensive third as much as we like. So we put on an extra man in the middle of the pitch. Conor had a good shot but then our defensive line was a bit off and we conceded a good finish.

“For different reasons, you have 13 matches in six weeks, a lot of those games away from home. It is what it is and it has been tough challenging. We have a break now and we need to re-energise. For us in terms of what we’ve had with an incredibly intense period, it is what it is. We need to take the positives. A lot of the boys will be away but we can get away, regroup and go again when we come back.”