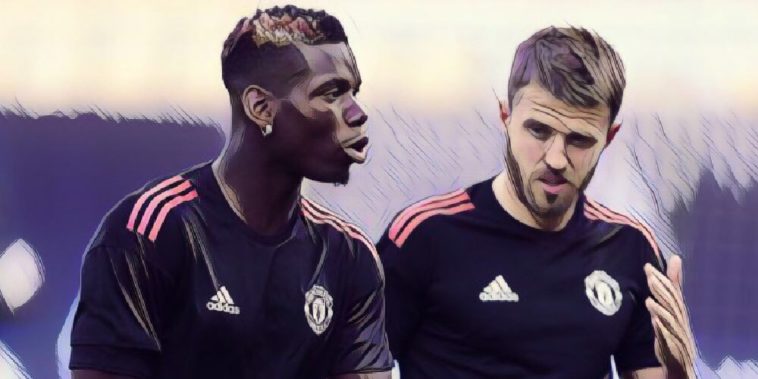 A Paul Pogba inspired Manchester United came from two goals down to win the Manchester derby 3-2, to deny champions elect Manchester City the opportunity to wrap up the title with six games still to play

Pogba endured a miserable first half and was widely criticised by both fans and pundits alike. However, the Frenchman came back to score two goals to ensure that City had to place the champagne back on ice for at least another week.

Speaking after the game, Pogba revealed fellow midfielder and soon to be Manchester United coach Michael Carrick has been helping him to develop his game:

“First of all we knew we had to score goals, we were losing 2-0 . With City they love to attack, they don’t like to defend, so I had to get more in the box, I knew I had Nemanja Matic behind me and Ander Herrera with me.

“For the goal I didn’t think about anything, with Alexis Sanchez he likes to play direct, I saw the space and just went, I was lucky Kompany wasn’t tight enough.

“I was relieved, because at 2-0 after you score your confidence goes up.

“Michael Carrick has helped me a lot with these late runs, he always shows me videos of what I should be doing.”

Carrick has only made a handful of appearances this season, after which he will retire and join Jose Mourinho’s coaching staff. He has already started getting used his future role by taking his place alongside Jose Mourinho on the bench for last weekend’s fixture against Swansea.

CHECK OUT FIVE OF THE BEST PAUL POGBA GOALS