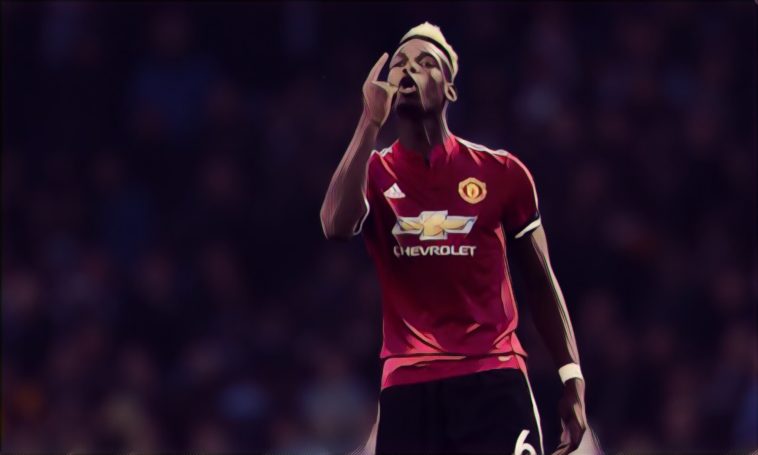 Paul Pogba has admitted that he needs to improve in order to be considered the best in the world, but has claimed that it isn’t his job to score goals for Manchester United.

The Frenchman has endured a difficult season, and has been forced to deny a rift with manager Jose Mourinho, after the Portuguese boss dropped the £89 million at times this season after a number of sub par performances.

The 25-year-old managed a decent return of six goals and 10 assist in the Premier League this season, but it was the level of some of his performances that have seen him criticised by fans and pundits alike.

Speaking in a detailed interview with France Football, Pogba has admitted that he has to improve, although he is keen to remind fans that he is a midfielder and not necessarily a goalscorer:

“There is work to be done,” he admitted. “I have to be a lot more consistent, better.

“Right now, I cannot talk about the Ballon D’Or. I have to get better and be better. Let’s take the example of the maestro Iniesta. He is a leader of his team but he is not going to be judged on his goals. I scored nine goals last season and him six.

“We are going to say what? That he had a good season Paul? We are always gong to say that it is not enough. But, basically, it is not my role to score. N’Golo Kante, do you judge him on his goals and assists? No.

“But he was elected the best French player abroad and the best player in the Premier League last year. Because he does his job and he is the best in the world in his role. He is judged on that, on his influence, winning back the ball, his role. Everyone should be judged like that.

“My career is not finished, I cannot say that now. There is work to be done. I hope to progress and get better, win a maximum number of titles. Right now, I am not where I want to be.”