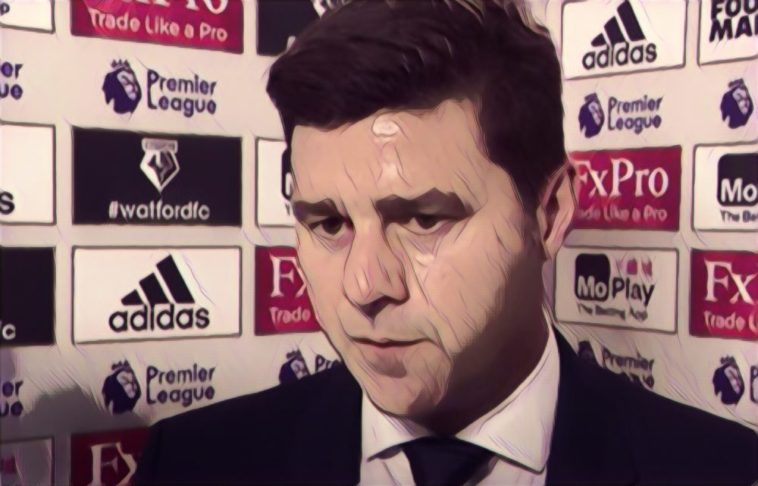 Spurs came crashing back down to earth today as they slipped to a disappointing 2-1 defeat to in form Watford at Vicarage Road.

Mauricio Pochettino’s side went into today’s fixture full of confidence having won all three of their opening Premier League fixtures, including a 3-0 victory over Manchester United at Old Trafford last Monday.

Spurs had looked on track to maintain their 100% record and end Watford’s when Abdoulaye Doucoure scored an own goal early in the second half.

However, Watford captain Troy Deeney and defender Craig Cathcart struck for the hosts to seal a deserved victory and maintain their own excellent start to the season.

Speaking after the game Spurs boss Pochettino was clearly irked by his side’s performance and seemed to blame it on complacency amongst his players.

“First half we were so relaxed, so sloppy,” He told Sky Sports.

“We dominated the game but we weren’t aggressive enough. When you want to win and show you are a contender you cannot say we are going to play football for five minutes and in the second half we are going to win.”

“In two set-pieces we concede two goals. If you want to be a contender, if you want to be on the top you cannot concede this type of action. You need more strength defending because in that situation it is when you really show that you want to win. It is not about the talk.

“It is the reality and everyone saw the reality. It is so easy to explain what happened on the pitch in 95 minutes.

“When you lose you must learn and improve but my disappointment is when you win and maybe you didn’t deserve to win, why no learn?

“During the week I was trying to explain to the players we weren’t as great as the perception and the reality was completely different.”

Spurs defeat means that there are only three teams left with a 100% record in the Premier League as we head into the international break: Chelsea, Liverpool and Watford.