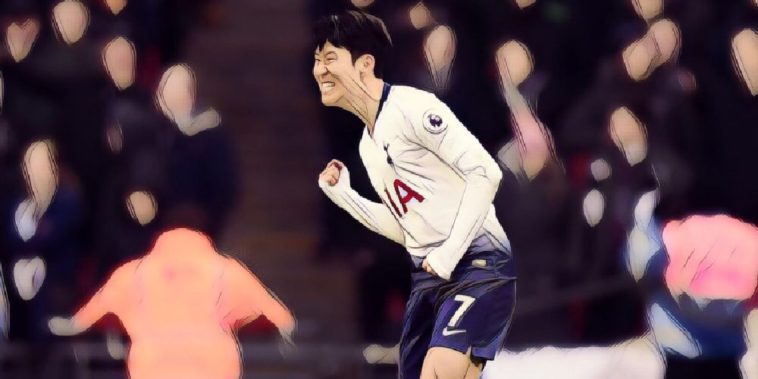 Mauricio Pochettino was full of praise for his side’s character after they overcame Newcastle United 1-0 in a ‘difficult’ game at Wembley.

Unsurprisingly, Spurs dominated the ball in today’s early Premier League kick-off, having 71 per cent possession and 21 efforts on the Magpies goal.

However, it took Tottenham until the 83rd minute to find the decisive breakthrough, with the returning Son Heung-Min once again proving to be the difference, firing home from the edge of the box – although Newcastle ‘keeper Martin Dubravka didn’t cover himself in glory, allowing the ball under his body to gift all three points to the hosts.

Speaking after the game, Mauricio Pochettino was full of praise for his side’s character, saying that much-criticised striker Fernando Llorente was key after coming on as a second-half substitute.

29 – Tottenham have gone 29 games without a draw in the Premier League, a new record, beating Bolton’s previous best of 28 set in 2011. Cabinet. pic.twitter.com/PpEmLQxNv4

“It was difficult to find space,” Pochettino told Match of the Day.

“We created some chances in the first and second half but the most important thing in the end is to keep pushing and it was a massive effort again in the second game consecutively. Once again I need to praise my players.

“It shows we believe and we want to win, and the character is the most important thing. Llorente was involved in the goal and is a key part of the victory today. Rotate, he’s so tired it’s tough for a manager playing every three days.

“Llorente, after Harry Kane’s injury, plays four games in a row and with three days recovery the normal thing is to rotate. It upsets me a little bit because the debate in England is difficult to understand. You have 24 players you need to use.”

The result moves Spurs up to second, with Man City set to play Arsenal tomorrow.