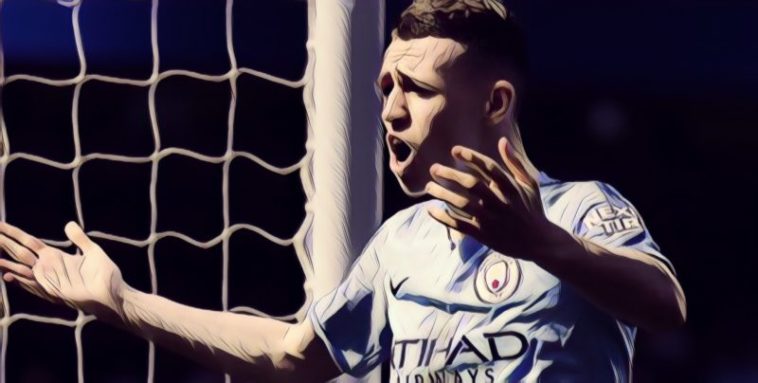 It’s over to Liverpool in this epic title race, after Man City beat Spurs 1-0 in a hugely entertaining game at the Etihad earlier today.

It was the third time Pep Guardiola and Mauricio Pochettino’s sides had met in 10 days and emotions were clearly still raw as the game kicked off after Spurs knocked City out of the Champions League in the same stadium on Wednesday.

As so often has been the case this season, City flew out of the traps and took the lead after just five minutes when Sergio Aguero’s perfectly weighted header was nodded home from close range by 18-year-old Phil Foden.

However, Spurs looked a constant menace on the counter-attack throughout and would spurn a host of one-on-one chances.

Despite the tension amongst the home support being palpable for most of the second period, City would hold on the move back to the top of the Premier League table by a point.

Speaking after the game Spurs boss Pochettino felt his side were unlucky to come away from Manchester without a result.

“It was an amazing game again,” Pochettino told BBC’s MOTD.

”It was tough again. Both teams competed really well and I think we deserved more. Ederson was man of the match.

“I am happy, disappointed with the result but so happy with the performance – we were always in the game.

“Today the first clear action was Sonny, the next action we concede. We know very well Man City have an unbelievable squad and the quality they have is amazing. We know they have the capacity to score.

“It was a little bit unlucky to concede, but most important to keep the feelings because Tuesday is coming very quick. Brighton, West Ham and then the semi-final in our stadium that will be decisive to achieve all we want this season.”