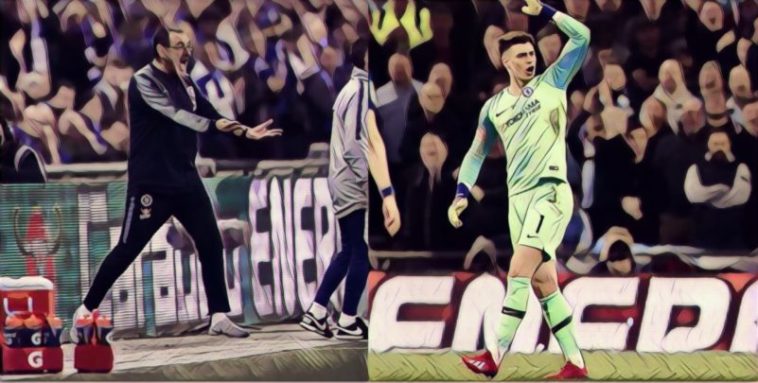 The Carabao Cup Final featured one of the more ridiculous fall outs between a manager and player. Chelsea boss Maurizio Sarri attempted to remove goalkeeper Kepa Arrizabalaga following the latter coming down with cramp in extra-time.

The final moments of the game were everything Williamcode followers would have wanted as penalties decided the outcome in a tension-filled shootout. Yet, the goalkeeper refused to come off and be replaced by Willy Caballero, a spot-kick expert.

The falling out between Sarri and Kepa has brought back to mind other memorable football disputes between managers and player. Not all were played out during a cup final in front of millions of TV viewers, but they were nonetheless equally headline grabbing at the time. 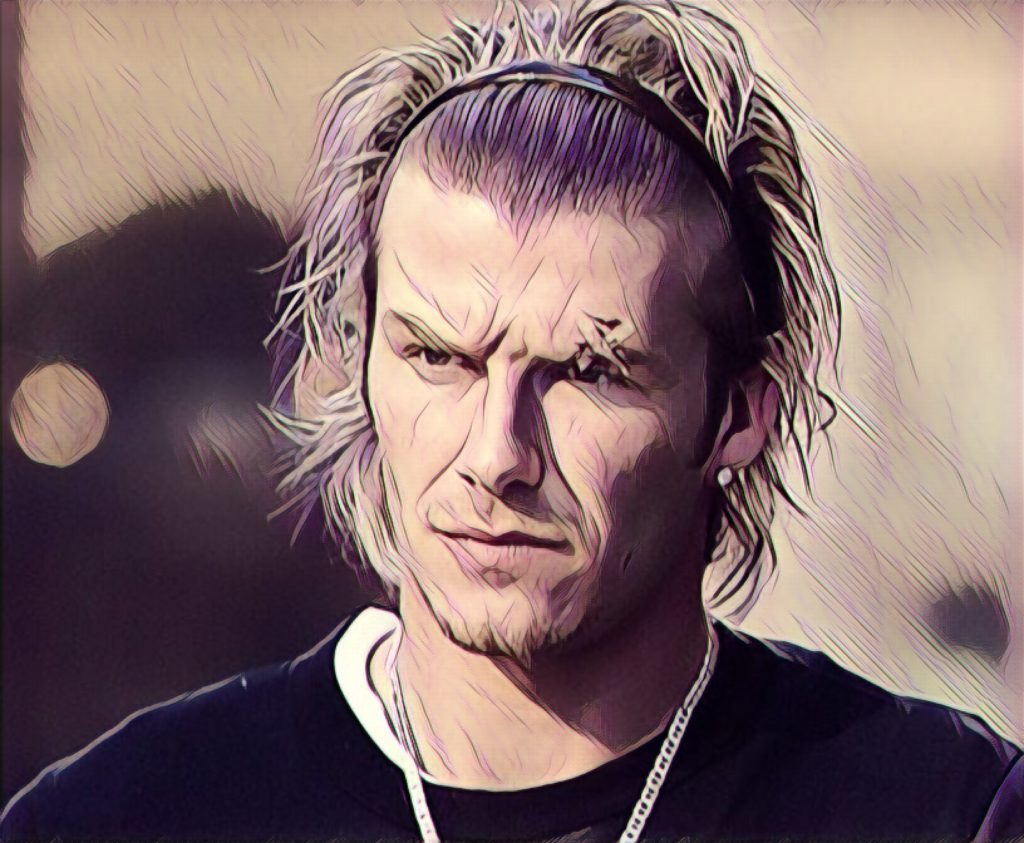 David Beckham was at the pinnacle of his Manchester United career in 2003 when the infamous ‘flying boot’ incident occurred. Beckham and Ferguson hadn’t been seeing eye-to-eye and United’s 2003 FA Cup loss to Arsenal sent the manager over the edge.

Following the game, Ferguson derided Beckham in the dressing room in front of his teammates. The manager knew playing at Manchester is a challenge and he claimed Beckham didn’t listen to his instructions. In Beckham’s autobiography, he stated Ferguson was bullying him, causing the midfielder to lash out with curse words.

An angry Ferguson approached Beckham and kicked a boot laying on the floor. The boot flew into Beckham’s face, cutting him above the eye. The manager and player were then pulled apart. A few months later, Beckham was on his way to Real Madrid. 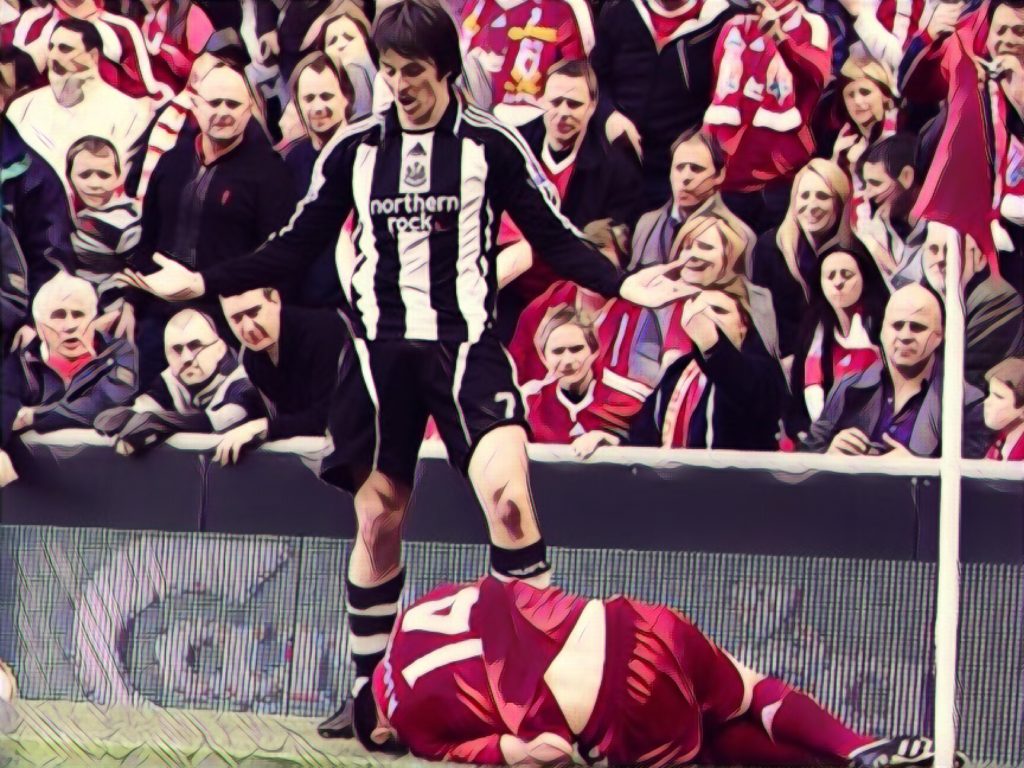 Joey Barton was not the easiest footballer for managers to control. If he wasn’t getting into trouble with training ground fights, he was busy with some other sort of controversial behaviour.

In 2008-09, former Newcastle United striker Alan Shearer was appointed manager for the final eight games of the season. The Magpies were mired in a relegation fight and needed Barton on the pitch to help rescue the season.

With four games to go in the season and losing 3-0 to Liverpool, Barton stupidly tackled Xabi Alonso from behind to get sent off at Anfield. The red card meant Barton would miss Newcastle’s vital final three matches.

Barton and Shearer had it out in the Anfield dressing room with the player claiming his manager was “a great player” but those times were in the past. Remarkably, Shearer left Newcastle at the end of the season while Barton remained. 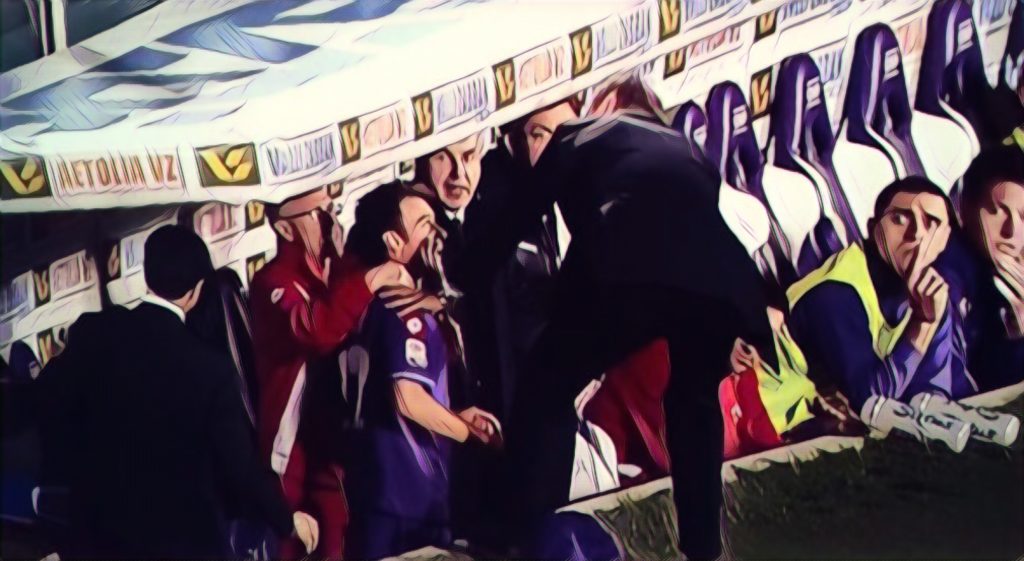 Fiorentina player Adem Ljajic and manager Delio Rossi clashed late in the 2011-12 season with the Viola in the lower half of the Serie A table. Losing 2-0 to relegation-threatened Novara, Rossi removed the attacking midfielder.

Ljajic responded to his coach’s decision by sarcastically clapping him and giving a thumbs up while saying, “Well done, maestro. Really, you’re a phenomenon’. Rossi saw red and threw himself at Ljajic, who was in the Fiorentina dugout. The manager grabbed Ljajic around his neck as cameras caught the ugly scenes. 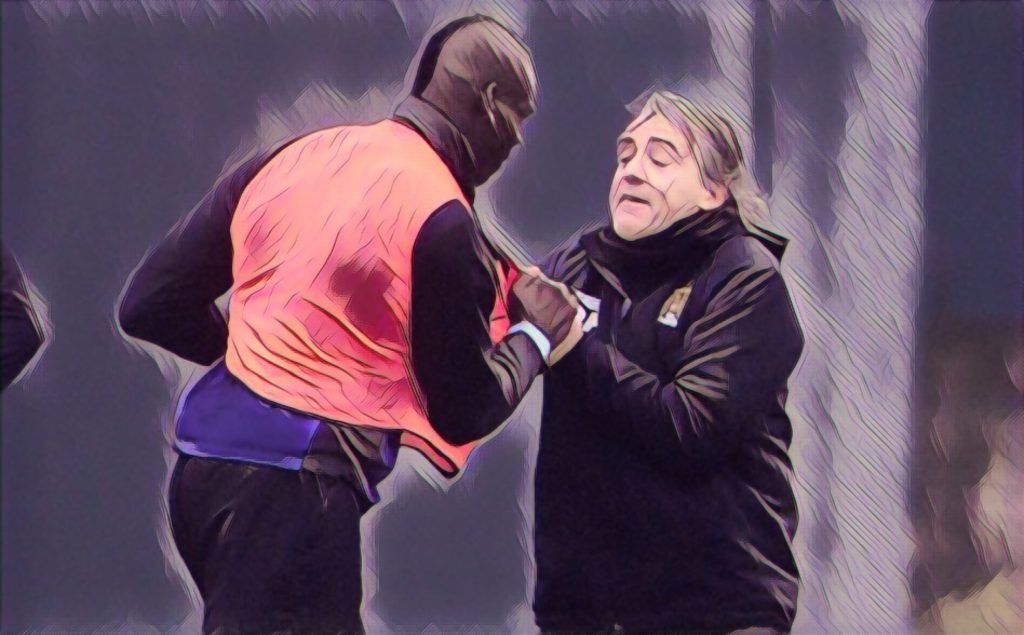 When Manchester City’s Mario Balotelli and Roberto Mancini clashed in January 2013, newspapers around the U.K. immediately reported on it with excitement. News outlets had waited with bated breath for Balotelli to explode and had reported on every little incident previously involving the player.

The fight occurred on the Manchester City training ground when Balotelli made a strong tackle on Gael Clichy. The Frenchman was rehabbing an injury and Mancini had told his players not to clatter into him.

Photographers around the ground quickly snapped images of Mancini pulling out of Balotelli. The Italian manager has since played down the incident, but Balotelli left the club soon after. According to Sergio Aguero’s biography, however, Balotelli and Mancini were really like father and son.