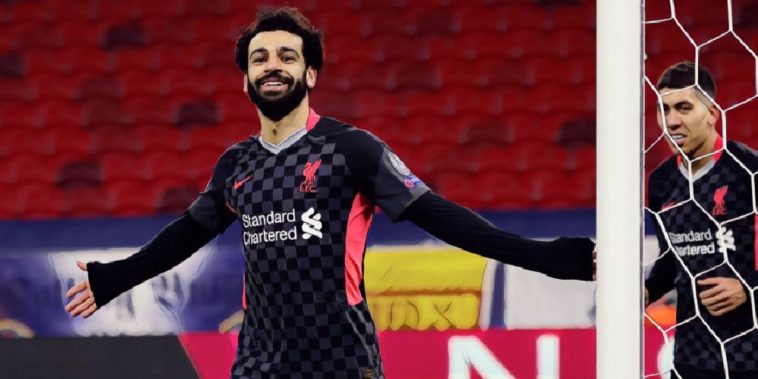 Sadio Mane joined an exclusive list of players in midweek after netting his 20th goal in European competition for Liverpool, becoming just the fifth player in the club’s illustrious history to reach the milestone in continental competition.

Mane’s crucial second in a 2-0 win at RB Leipzig has given Liverpool a commanding lead as they look to reach the Champions League’s last eight, with the Senegal international having played an important role in the Reds’ recent triumphs on the European stage.

Following the forward’s milestone goal, we’ve looked at the five players to score 20+ goals in European competition for Liverpool.

Sadio Mane was the first major addition of the Jurgen Klopp era and the former Southampton star has proven an inspired purchase, helping the Reds qualify for the Champions League for just the second time in eight seasons during his debut campaign on Merseyside.

Mane has since played a crucial role in the club’s successes in continental competition, forming a brilliant partnership with Roberto Firmino and Mohamed Salah that helped Liverpool reach successive Champions League finals in 2018 and 2019.

The first of those seasons saw the Reds become the first team in Champions League history to have three separate players reach 10 goals in a single season, with Mane netting in the club’s final defeat to Real Madrid in Kyiv.

Mane was again influential as Liverpool returned to the final the following season and were crowned as champions of Europe, beating Tottenham 2-0 in an all-Premier League final in Madrid.

The greatest goalscorer in Liverpool’s history and an unmistakeable figure in some of the club’s greatest ever triumphs, Ian Rush starred during an era of domestic dominance during the early eighties.

Rush was only a bit-part player as Liverpool were crowned European champions in 1981, though broke into the side on a more permanent basis the following campaign to score 30 goals in all competitions.

Two seasons later and Liverpool conquered Europe for a second time in just four seasons with Rush at the heart of their success, netting 47 times across all competitions as the Reds won a league, League Cup and European Cup treble.

The Welshman netted crucial goals in clashes against Athletic Bilbao and Benfica before a semi-final double against Dinamo Bucharest, scoring 20 times in continental competition across two spells at Liverpool that delivered a record-breaking 346 goals.

Rush’s record stands at 20 goals in just 33 games, having missed five seasons in the wake of a European ban placed on English clubs following the Heysel disaster.

Michael Owen burst onto the scene as a teenager at Liverpool to establish himself as the most exciting young talent in English football, netting on his debut for the club and winning a share of the Premier League’s Golden Boot in each of his first two full seasons.

Owen was a talismanic figure for Liverpool in the late nineties and early 2000s and won the Ballon d’Or after inspiring the club to UEFA Cup success as part of a treble in 2000/01, netting a memorable double at Roma and a final goal against Alaves as Gerard Houllier’s side tasted success.

The former England international continued to fire as Liverpool made their first ventures into the rebranded Champions League – including scoring a hat-trick against Spartak Moscow in 2002/03 – and briefly became the club’s record European goalscorer after netting a 21st goal against Slovenia’s Olimpia Ljubljana in September 2003.

The second of Liverpool’s current front three to feature in this top five, Mohamed Salah has been a transformative signing during the Jurgen Klopp era.

Salah has enjoyed an incredible goalscoring record since signing for Liverpool from Roma in 2017, scoring 44 goals in all competitions during a debut season that saw the Reds reach the Champions League final.

Salah does it again for Liverpool! 🙌

The Reds needed that one! pic.twitter.com/399BON6cPa

The Egyptian was memorably substituted early in the final defeat to Real Madrid with a shoulder injury, but would earn redemption the following season after netting the opener from the penalty spot as Liverpool beat Tottenham to be crowned European champions for a sixth time.

Salah still has some way to go to catch Steven Gerrard as Liverpool’s all-time leading scorer in European competition, the former club captain having netted 41 times during an iconic career at his boyhood side.

Gerrard came through the club’s academy ranks to become one of the greatest players in the Reds history, with the midfielder responsible for some unforgettable nights on the European stage.

Gerrard formed part of the side which won the UEFA Cup in 2001 and scored in the final win over Alaves, before playing an influential role in the club’s conquering of the Champions League four years later.

Few can forget his thumping volley that snatched a dramatic victory over Olympiakos and booked the Reds place in the knockout stages, before producing a selfless performance – including a vital headed goal – as Liverpool came from three goals down to beat AC Milan in the Istanbul final.

Gerrard moved past previous record-holder Owen with a brilliant header at PSV Eindhoven in 2007, finishing his career with 41 goals for Liverpool in continental competition.