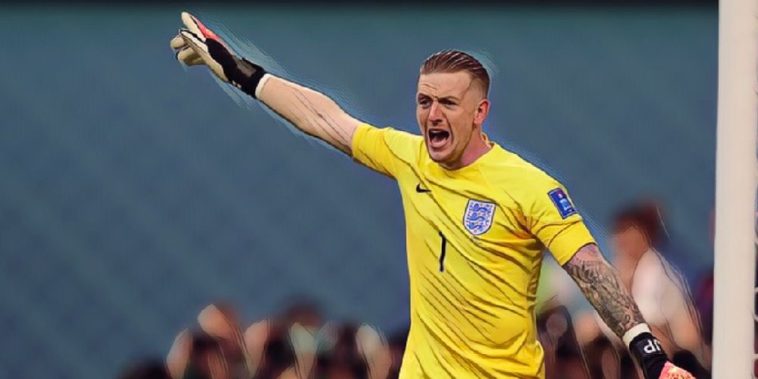 Jordan Pickford insists England will not take the USA lightly as they prepare for their second group stage game at the 2022 World Cup in Qatar.

Having beaten Iran 6-2 in their opener, the Three Lions can book their place in the knockout rounds with a win against the United States when the two nations come head-to-head on Friday evening in Al Khor.

The USA were held to a 1-1 draw in their first fixture against Wales and Pickford is preparing for a difficult match against the Americans, naming Chelsea’s Christian Pulisic as a player that they have to be ‘wary’ of.

“The USA are a top nation. They’ve got a lot of experienced players and people who we’ve come up against in the Premier League,” the England goalkeeper told a press conference.

“It is about us as a squad being 100% again and taking the confidence from the result against Iran. As a goalkeeper it is about being ready.

“Christian Pulisic is a top player. I’ve played against him a few years now. He’s good with both feet and is clinical. We have to be wary of him.

“We are preparing for anything on the training pitch as a group of goalkeepers and I think the players will be too.”

Saudia Arabia produced one of the World Cup’s biggest-ever shocks on Tuesday as they beat one of the pre-tournament favourites, Argentina.

However, Pickford insisted that the result has had no bearing on England’s confidence of tournament success.

“No. That is what World Cup football is about,” he said.