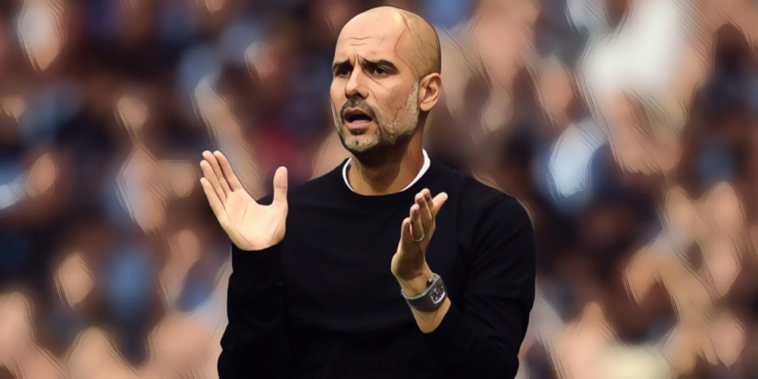 Pep Guardiola has said that he is planning to leave Manchester City in two years time.

Guardiola is entering his sixth season at the Etihad following his appointment in 2016, a period in which the Spaniard has overseen huge success with three Premier League title successes and five domestic cups.

The 50-year-old’s tenure is already greater than the time he spent with Barcelona and Bayern Munich respectively, though Guardiola has suggested his career with City will finish at the end of his current contract.

Guardiola is currently contracted to the club until 2023 and has discussed taking ‘a break’ from the game at the expiry of that deal, before revealing his ambitions to test his managerial skills at international level.

“Next step will be a national team, if there is a possibility. A national team is the next step,” he said at an XP Investimentos event.

“After seven years on this team, I think I’m going to have a stop. I’m going to have to take a break, see what we’ve done. And in the process, I would like to train a South American [team], European [national side], playing a Copa América – I want to have that experience.”