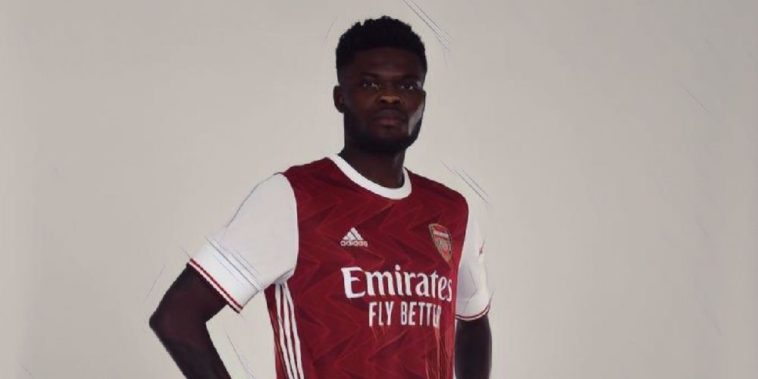 Thomas Partey has revealed Mikel Arteta was ‘very important’ in his decision to sign for Arsenal after completing a deadline day move from Atletico Madrid.

Partey became Arsenal’s sixth signing of the summer transfer window after sealing a deadline day move to the Emirates from the Spanish capital, the Gunners paying the Ghana international’s £45m release clause as Arteta looks to bolster his midfield options.

The summer signing has developed a reputation as a fine box-to-box talent during his spell with Diego Simeone’s side and is now looking forward to showcasing his abilities in the Premier League, Partey speaking of the importance that Gunners’ boss Arteta played in his decision to swap Atletico for Arsenal.

“Arteta was very important [for the move],” he told the Telegraph. “Him and (technical director) Edu told me about their plans and it was so exciting, so I had to accept it.

“[The manager] has seen me play and knows what I can bring to the team. I think he watched me at Atletico and wants me to bring the same to this team.

“It’s a great challenge. I want to experience new challenges. I’m ready to give it my all and help the club get back to where it belongs.”

Arsenal’s impressive summer of recruitment and last season’s FA Cup success has raised optimism that the club can challenge for honours once more following a transitional period, with the north London having failed to win a Premier League title for 16 years.

Partey admits it will be ‘difficult’ for his new side to challenge England’s leading sides for the title but believes the squad are capable of competing to be crowned champions this season.

“It’s something that will be difficult, but we will be working towards it. I think we are ready. We have to go all out to try and achieve.”

Partey also spoke on his nickname of ‘the octopus’, with the midfielder having a tattoo of the creature on his leg, a nod to the moniker he was given during his time with Almeria given his ability to repeatedly regain possession with outstretched legs.

“I always say that if I was an animal, I would be an octopus,” he said. “They called me the octopus because I stole a lot of balls.”

Partey is in line to make his debut for the club in this weekend’s high-profile clash with Man City.