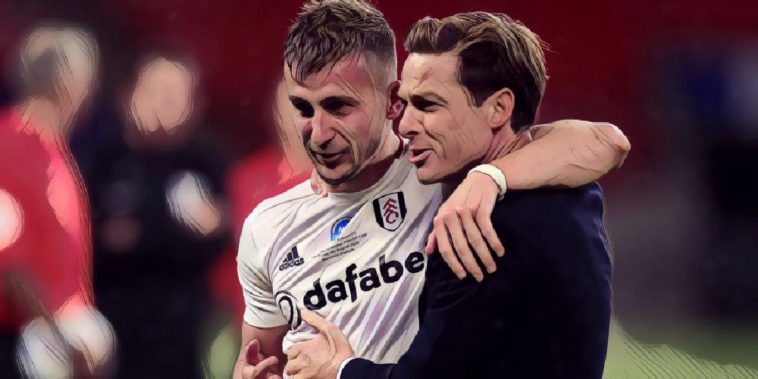 Scott Parker has revealed how he ‘planned’ Joe Bryan’s audacious 40-yard free-kick as Fulham secured their place in the Premier League with an extra-time victory over Brentford in the Championship play-off final.

A typically tense final went into extra-time following a goalless initial 90 minutes, only for the deadlock to be broken in stunning style by full-back Bryan. The 26-year-old lined up a free-kick from some distance out and shaped to cross the ball into the penalty area, before catching Bees goalkeeper David Raya off-guard to whip the ball into the near post.

Bryan added a second of the game after a lovely combination with Aleksandr Mitrovic to seal Fulham’s return to the to flight at the first time of asking, with Henrik Dalsgaard’s last-gasp header for Brentford little consolation for Thomas Franks’ side whose impressive season ended in agony.

Parker’s first full season as a manager ended in wild celebrations as Fulham won promotion back into the Premier League and the 39-year-old reflected on his achievement with the west London outfit, struggling to contain his emotions following a ‘journey’ throughout the campaign.

“I feel emotional,” Parker told Sky Sports. “The journey you go on, the ups and downs, I’m the face that fronts it up. But behind the scenes is a support network of people that keep you going.

“I’ve learned so much this season. I’m sure I’ll be learning until my career as a manager ends, but this season couldn’t have got much tougher, I’ve said it many times about the team and where we were a year ago. We had some big, open wounds that probably from the outside no one saw.

“There were some deep-rooted issues in the club which come with relegation, losing a lot of matches, and that needed to be addressed. They’re still there, we’ve done what we’ve done tonight, but there’s still improvement.

“That’s what makes me so proud and happy, that for all the good players and everything you see, what makes me happy is seeing a group of players who were struggling psychologically a year ago, didn’t have a mindset to drive and drive this team every single day, and I see a team tonight that represents what I’ve been saying over the last year.”

Parker also revealed how Bryan’s goal had been planned in training ahead of the clash, admitting his side had taken note of Raya’s positioning at set-piece situations as they looked for potential openings.

“The opening goal was planned,” Parker said. “We looked at his positioning from free-kicks – very aggressive in his starting position. I called Joe over to try to make out we were doing something tactical but I told him to keep an eye on his positioning and commit to the shot.

“He did that and it’s worked. We tried this in the last game and went nowhere near the goal. Tonight thankfully it worked. My staff deserve full credit for that and the planning they did.”

Match-winner Bryan also revealed how he had practiced his effort following Fulham’s planning, the club’s tactic paying dividends as they sealed a place amongst England’s elite next season.

Bryan added: “The keeper comes ridiculously far off his line. That’s something we practised.”

See also – Drama, heartache and loadsamoney – why the Play-Offs might be the best thing in football