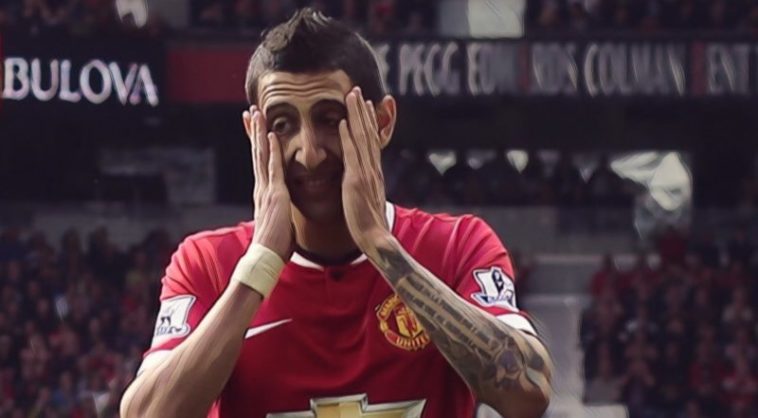 Michael Owen has suggested that there is something ‘fundamentally’ wrong at Manchester United, with a whole host of high profile signings having flopped in recent years.

Manchester United‘s current haul of 34 points is their lowest at this stage of the season in 30 years, with Ole Gunnar Solskjaer currently attempting to rebuild the squad, though they are yet to add any new faces to their squad during the current winter window.

United have been heavily linked with a move for Bruno Fernandes this month, though nothing has yet come to fruition as Ed Woodward haggles over the price. However, former striker Michael Owen has questioned his former club after a number of high profile signings have failed to make any progress whatsoever, citing Angel Di Maria and Alexis Sanchez’s torrid time at Old Trafford.

“I think players are turning up there and regressing as football players,” Owen told Premier League Productions.

“I think that’s the most worrying aspect of it all.

“We can all sit here and agree or disagree, Alexis Sanchez was the best player in the Premier League for two, three seasons. I think we’d all agree that he was brilliant. How can you go from that level to being so bad like that?

“You can go on and on and on. I can’t see any player in that team, in the last six, seven years that you think ‘We signed him, he’s now better, he’s getting better as a player’. If anything they stay the same or regress.

“It’s alright saying everything’s bad, but why is it bad?

“If you continue to splash money, Di Maria here, and all these great players – it’s not a coincidence that they’re all just going bad, or they’re bad signings.”

United have been one of the biggest spending clubs since the departure of Sir Alex Ferguson in 2013, though have only finished in the top four twice during that period, and Owen said the club have had a ‘scattergun’ approach to just about everything.

“Something’s going wrong fundamentally at the club where they’re not getting the best out of them,” he continued.

“I think that’s what you’ve got to find out first before you just go and blow another £100m.

“That’s why I’d be so hesitant if I was holding the purse strings at Manchester United just to go ‘Yeah, go on, go and sign another £100-200m player’ – it’s going to be a waste again.”