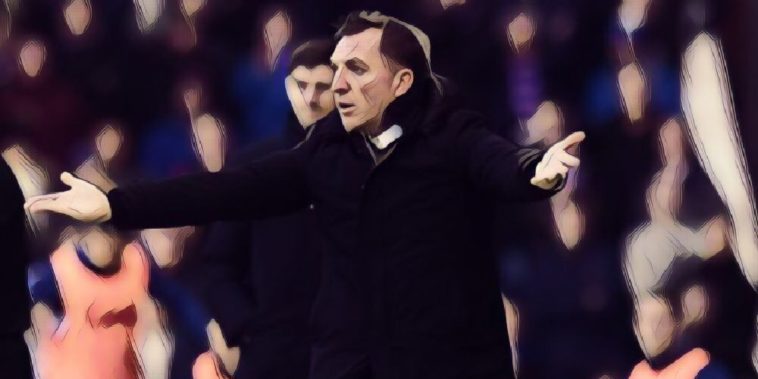 Brendan Rodgers has admitted that his Rangers side were better than Celtic in this afternoon’s Old Firm derby.

Rangers moved level on points at the top of the Scottish Premiership table following the 1-0 win at Ibrox this afternoon, with Jack Ross scoring the only goal of the game.

Speaking afterwards, Celtic boss Brendan Rodgers admitted that his side made a number of poor decisions which ultimately cost them the game.

“Rangers played well. We had a lot of unforced mistakes and didn’t create as much as we would like so we’ve got no excuse.

“We had a close opportunity when Callum (McGregor) got through – I thought he was outstanding for us.

“But I think with the players missing and one or two unfit, it took away a little bit of strength from us. We passed the ball out of play under no pressure, we were not precise or clean enough with our passing at times.

“We defended well, they put balls in our box, and we made some good clearances, but I think with decision-making we weren’t as crisp or bright as we normally are.

“We brought pressure onto ourselves at times with poor decision-making.

“But I can’t complain, this is my 13th game against Rangers, it’s obviously 13th unlucky, but you have to feel especially the young players have got good experience today.

“They’ll feel the hurt of today, losing a Celtic Rangers game and hopefully that will make them better going forward.”