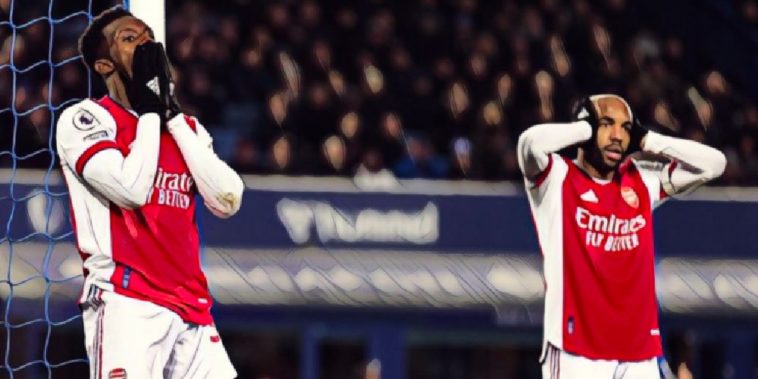 Martin Odegaard has admitted that Arsenal’s current problems could be down to their mindset, the Gunners having slipped to a late defeat to a sorely out-of-form Everton.

Odegaard gave Arsenal the lead in first-half stoppage time at Goodison Park, but an 80th minute equaliser from Richarlison and a 92nd minute winner from Demarai Gray snatched victory for the Toffees.

The defeat comes on the back of a 3-2 loss to Manchester United in midweek – a game in which they also took the lead – while the Gunners were also battered in their game against Liverpool at the back end of November.

Their run of three defeats in four follows a 10 game unbeaten run in all competitions for the North London outfit to leave them four points adrift of the top four, and speaking afterwards, goalscorer Odegaard was asked if the clubs struggles are down to ‘a mindset problem’

“I think it is,” he told Sky Sports. “When you’re leading 1-0 you get afraid to lose the win and in my opinion that’s what we did wrong today.

“You go for the second goal and that was the intention, but we didn’t manage to do that on the pitch.”

He continued: “It’s a hard one to take. I think in general we were not at the level we needed to be at today.

“We had some good moments, but we have to do much better. We should have been better.

“It’s hard to say. That’s just how it is sometimes. It’s hard to say exactly what happened. We have to do better when we have that lead. We stopped playing and gave them the game they wanted to play.”