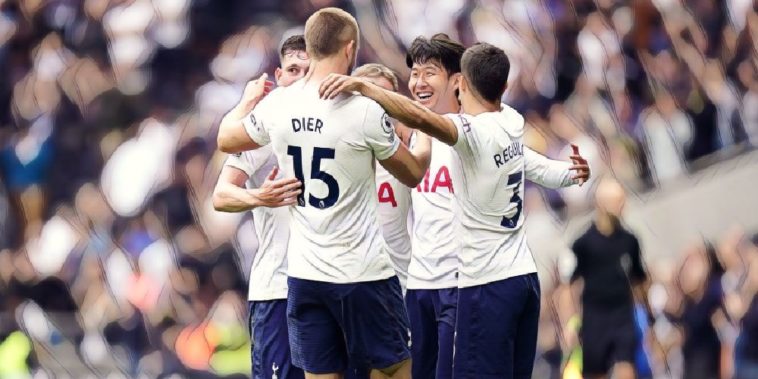 Watford started brightly with Ismailia Sarr and Emmanuel Dennis, in particular, looking a threat in wide positions for the visitors, before Spurs started to really dominate possession – with Xisco’s side becoming content to get men behind the ball and frustrate the hosts.

As it was, it became a game that lacked many clear cut chances, and it would take a goalkeeping mistake for Tottenham to take the lead three minutes from the break. Heung Min Son’s whipped free-kick from the left caught ‘keeper Daniel Bachmann in two minds, the Austrian seemingly getting distracted by the runs of the attacking players as the delivery flew straight in at the far post.

The second half saw Watford show a little more adventure, a move that offered up more opportunities for Spurs, Dele Alli going agonisingly close flowing a sweeping attack after Son had pinched the ball in midfield.

Lucas Moura would see a ball flash across the face of goal following a driving run down the right, while Bachmann would make an excellent reaction save to deny a well-struck Harry Kane half volley with seven minutes remaining as Spurs went in search of a second.

While Watford had a bit more of the ball in the second half compared to the first, they rarely looked like troubling Hugo Lloris in the Spurs goal, their best spell of the game arguably coming in the opening few minutes.

Asked what pleased him most about his side’s performance, Nuno was delighted with the togetherness, but wanted to see his team become ‘more clinical’.

“The organisation,” he said at his post-match press conference. “I think we kept all the game the shape, the right triggers, the right moments to press. Much better in the second half when we recover higher up the pitch.

“But what pleased me is when we could not kill the game, we had chances to do so, we didn’t lose our minds, we stick together, and we were compact, we did not allow too many chances to Watford. That was good. The balance between these two aspects was good, and in the end, the way we managed the game.

“Something I didn’t like: we should be more clinical, I think we had enough quality and talent players to kill the game.”

The victory moves Spurs to the top of the Premier League, with the only 100 per cent record in English football’s top four divisions, though Nuno was insistent for people not to pay much attention to the table in the early knockings of the season.

The Portuguese is however pleased at seeing his side not concede a goal across their first three matches, their defence having looked an area of fragility in recent years.

📊 Tottenham have opened a top division season with 3 successive wins for the 6th time in the club’s history – the 1st time they have done so without conceding pic.twitter.com/9y1ZNQoAgq

“That’s the beginning of everything. Always said the shape, organisation, being solid and compact because we have talent. Being consistent is what we are focused on and we have to keep on going.

“Today we control very well the deep Watford was clearly trying to make us go higher on our lines to play on our backs. The back four control very well. But at the same time, the second balls we need to sooner to be anticipating that part of our game. Something we have to improve.

“Well done, we keep on going. Now the players go, we’ll stay, we’ll look, we’ll work with the players going to stay- and try to make better for the next one.”