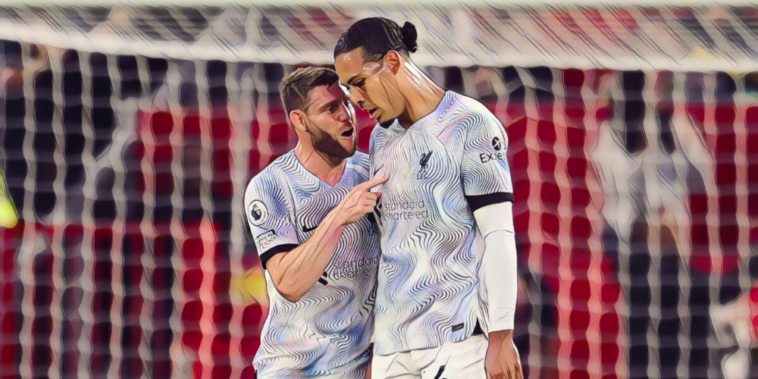 Jurgen Klopp insists there is ‘nothing to clarify’ following Virgil van Dijk and James Milner’s spat during Liverpool’s defeat to Manchester United.

Milner was seen in a heated discussion with Van Dijk following United’s opener at Old Trafford, with the midfielder unhappy with the Dutch centre-back’s failure to close down the goalscorer.

The Netherlands international produced a poor performance as Liverpool crashed to defeat and Milner was quick to point out where he felt Van Dijk should have done better.

The incident was one of several exchanges between the duo during a disappointing defeat for Liverpool, but Klopp insists there is nothing to discuss on the spat and that there is ‘no problem’ between the pair.

Liverpool take on Bournemouth in the Premier League this weekend, still in search of a first Premier League win of the campaign following a stuttering start to the season.

“I was a pretty emotional player in my time and I had, more often than not, these kinds of conversations with my best friends on the pitch,” Klopp told his pre-match press conference.

“There is nothing to clarify really. When you’re discussing things on the pitch, especially nowadays with all the cameras, then it looks more serious than it is. That’s no problem at all.”