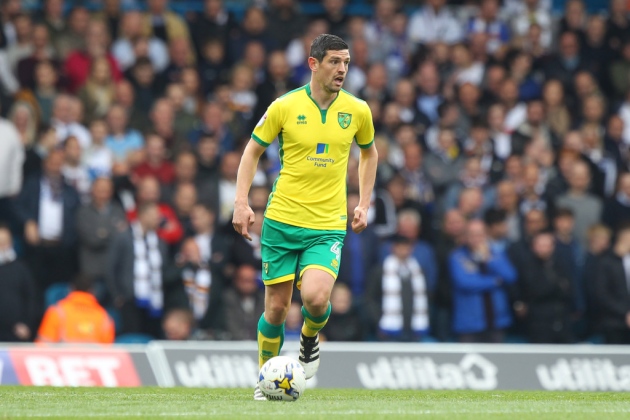 According to reports in the Daily Star , Middlesbrough have entered the fray to sign Norwich City playmaker Graham Dorrans.

Despite being without a manager, Boro are on the lookout for reinforcements in what is sure to be a busy summer on Teesside, with Dorrans interesting the recently relegated club.

Linked with the club on various occasions in the past, he now finds himself out of favour at Carrow Road, with newly appointed Canaries boss Daniel Farke allowing the Scottish international the chance to move on.

Already the subject of a failed £1m bid by Rangers, Dorrans is also thought to be on Sheffield Wednesday’s wish-list .

The 30-year-old joined Norwich from West Bromich Albion, initially on loan in the second half of the 2014/15 season, helping them achieve promotion via the play-offs, beating Boro in the final. He then signed permanently, ending a near seven year association with The Baggies.

Unfortunately for Norwich and Dorrans, they made a swift return to the Championship after managing just one season in the Premier League, the midfield man only making 21 appearances in a disappointing campaign.

In what has been a frustrating return to the Championship, Dorrans appeared just 23 times, chiefly due to a serious knee injury suffered on Boxing Day. He managed to make a recovery in time to see the season out, but by that point City were already out of promotion contention. He did however manage to net six goals.

Arguably the most successful period of his career came at The Hawthorns with West Brom. Signed back in 2008 for just £100,000 from Scottish outfit Livingston, where he’d just won the clubs Player of the Year award, he would go on to make a total of 189 appearances for The Baggies.

Early on in his West Brom career Dorrans was hot property, linked with both Manchester City and West Ham, the latter making a couple of unsuccessful bids for him. He helped his team achieve promotion to the Premier League in the 09/10 season, as well also being named in the Championship Team of the Year.

He went on to make his Scotland debut that season too, and has so far made 12 appearances for his country.

Struggling for consistency, he failed to hit the heights previously reached, injuries impacting on his form during the following few campaigns. He faced family difficulties too. Affecting his availability for some time, it is often cited as the reason for his lack of international caps, Dorrans only making himself available when game time was likely.

Now at what appears to be a career crossroads, Dorrans has a big decision to make. Could he be tempted by a move back to Scotland, or does he feel he still has something to prove in English football?

Whatever happens, if he’s ever going to reach the levels of his best years at West Brom, or reignite is international prospects, he has to get the next move right and steer clear of the treatment table.