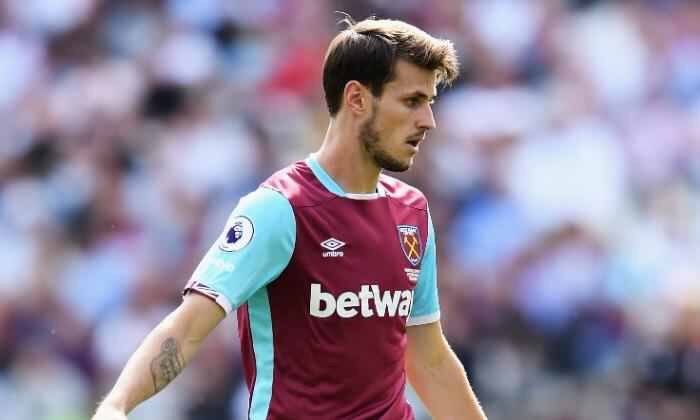 Many of West Ham’s summer signings have been disastrous. Numerous players were brought into the club in the close season and none of them has really shone.

Italian striker Simone Zaza summed up the transfer fiasco perfectly. Joining the club on loan in August, his only goal at the London Stadium came in a pre-season 3-2 victory for Juventus, just before he joined the Hammers.

Having registered no goals in a four-month spell in East London, he was on his way to Spanish club Valencia in January and promptly scored against Real Madrid.

Another player who had yet to impress is Norwegian midfielder Havard Nordtveit. Having signed for the club last summer from German club Borussia Moenchengladbach he has yet to nail down a regular first team place and has only made 14 appearances.

Due to injuries, manager Slaven Bilic has been forced to play Nordtveit in numerous unfamiliar defensive positions, and consequently he has looked like a fish-out-of-water more often than not.

Having said that, prior to last weekend’s fixture against Everton his average pass accuracy was 75% and he had an average of 45% for duels won. Not bad for a player who found himself continually played in unaccustomed positions.

Nordtveit was handed a starting place in West Ham’s team that faced Everton. His first game since January and most importantly, Bilic played him in his favoured central midfield position.

Low and behold, he had a great game.

It was a little cagey at first, but by the second half Nordtveit was showing the home fans for the first time this season, why the club had bought him.

He won numerous tackles and set up a couple of quick counter-attacks with incisive through balls.

“For me personally I hadn’t played 90 minutes for a while so it was tough, but the whole team worked well together defensively and offensively, so it was a good system.

“I was a little bit nervous at the start, but this is my position and I felt that I came more and more into the game as it went on, especially in the second half.”

Some good news at last for one of West Ham’s much-maligned summer signings. Hopefully Nordtveit can continue in this vein for the rest of the season.

His best hope of course is that Bilic will now use him in his natural position and not, as he does so often with other players, start moving him around again.

West Ham play Stoke City away on Saturday with captain and fellow midfielder Mark Noble set to return after missing the last two games through suspension.

With the Hammers still in need of a few more points, I would bolster the defensive qualities of the team and play both Nordtveit and Noble together.

Unfortunately, one can never second guess Bilic’s team selections. I just hope he is thinking along the same lines as me and doesn’t stick the Norwegian in some new central defensive position or in goal!

What do you think to Nordtveit? Can he become a Hammers Legend? Leave us a comment.

If you are interested in writing about West Ham United, join Football Faithful’s writing team!

Nordtveit was captain of Borussia and Player of the year more than one time. He opted for us, but was chased by a number of top german clubs due to his performances over the last two or three years. Of course he can become a top man at London Stadium as he showed glimpses of against Everton. He has manily played RB which is not his position…I also remember another player who was tried as Rb without success…but became an England int in his natural position. So, give Harv the chance he deserves … in HIS position.