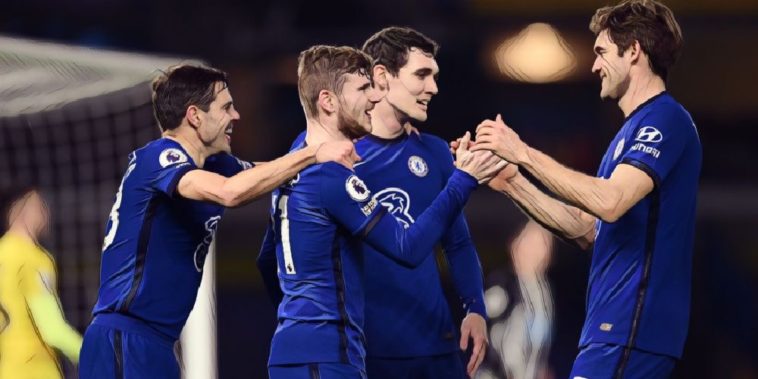 Here’s all you need to know ahead of Saturday’s meeting:

There may be growing excitement among supporters following the club’s recent high profile takeover, yet on the pitch, the situation hasn’t changed, with Newcastle currently 19th in the table having yet to register a league win so far this season.

Even a change in manager, following Steve Bruce’s departure last week, couldn’t inspire a reaction at the weekend, with interim coach Graeme Jones seeing his side somewhat fortunate to snatch a point away against Crystal Palace on Saturday.

Patrick Vieira’s side had dominated the opening exchanges yet were left with little to show for it after Christian Benteke squandered a succession of chances before the Belgian international did eventually put his side ahead on 56 minutes with a well-taken header.

That deserved lead lasted just over ten minutes, however, as Callum Wilson drew the visitors level with a stunning overhead kick, with the Magpies going on to hold on for a point as Palace saw a late Benteke header ruled out for a foul by Marc Guehi in the build-up.

As the wait goes on to see who will be named as Bruce’s successor – amid talk of former Roma boss Paulo Fonseca taking the job – Jones’ assignment will be to try and steady the ship in the meantime, albeit with the visit of Chelsea set to serve up another stern test.

Ahead of that clash, Jonjo Shelvey will once again be available after serving his one-match suspension, although ‘keeper Martin Dubravka is likely to remain absent.

Chelsea are seemingly going from strength to strength this season, with Thomas Tuchel’s side currently top of the table having hit bottom side Norwich City for seven on Saturday, just a matter of days after putting four past Malmo in the Champions League.

Against the Canaries at the weekend, the Blues were at their brilliant best as they simply dismantled their struggling opponents, with goals from Mason Mount, Callum Hudson-Odoi and Reece James giving the hosts a three-goal lead at the break.

Fellow Englishman Ben Chilwell then netted for the fourth successive league game just after half-time, before a Max Aarons own goal and a Ben Gibson red card piled even more misery on the visitors, with Mount going on to net twice more late-on to secure his first Premier League hat-trick.

That result was all the more impressive as it came in the absence of both Timo Werner and Romelu Lukaku, while it also saw Tuchel’s men record yet another shutout, with the west London side having registered more clean sheets (17) than they’ve conceded goals (16) in the league since the German took charge back in January.

Meanwhile, the league leaders also secured their place in the Carabao Cup quarter-final on Tuesday night, as they edged past Southampton on penalties at Stamford Bridge, after Che Adams had earlier cancelled out Kai Havertz’s first-half header.

That win saw Cesar Azpilicueta and Ruben Loftus-Cheek forced to pull out of the squad prior to the match due to injury, while Andreas Christensen also withdrew due to an emergency dental procedure. The latter man should be available this weekend, although it remains to be seen if his stricken teammates will be involved.

On a more positive note, N’Golo Kante is expected to fit again having missed the win over Daniel Farke’s side, although it is still uncertain as to when the likes of Christian Pulisic, Lukaku and Werner will be available again.

Chelsea ran out comfortable winners when the two sides last met, as they romped to a fourth successive league win under new boss Thomas Tuchel, following his appointment just a few weeks prior.

Against their relegation-threatened opponents, the Blues took just over 30 minutes to break the deadlock, with veteran striker Olivier Giroud firing in from close range after having only entered the fray following an early injury to Tammy Abraham.

That lead was then extended soon after as Timo Werner ended his 14-game Premier League drought with another simple finish at the back post, as the home side went on to stroll to victory with Newcastle hardly putting up a fight.

The moment that started it all in Chelsea's win over Newcastlepic.twitter.com/8DDt10AGgZ

What channel is Newcastle v Chelsea on?

Unfortunately for UK and Irish readers, the game will not be televised.