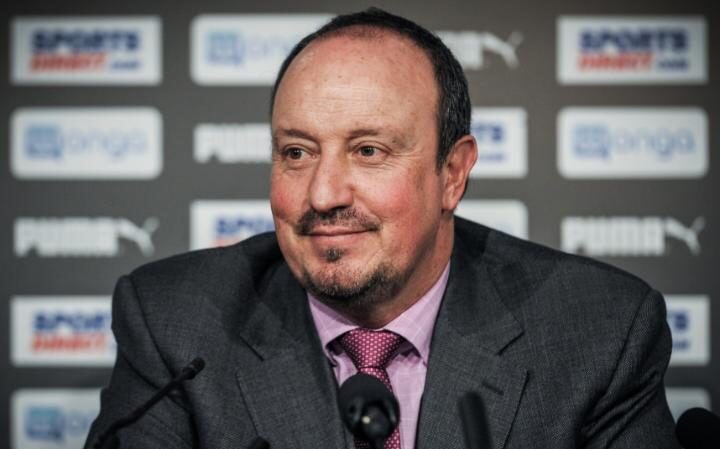 Newcastle United rounded off their pre-season with a win against Serie A side Hellas Verona. Here are 5 things we learned.

Newcastle play a 4-2-3-1 in all games, as this is (manager) Rafa Benitez preferred formation over his career. This system looks totally different to the one seen in the Championship last season. Instead of sitting back and letting the opposition have time on the ball to create chances, Newcastle were in their faces.

Verona were trapped in at the back if they played it short of a goal kick. They did not have time to create quality chances from midfeild either. This style of play made the team impress. It closed the gaps seen in the back four last season. Also, Perez was allowed to play alongside Mitrovic in the number 10 role. This gave Newcastle more options of who to pass to in the final third, playing in a 4-4-2 at time in attack. Rafa has clearly instilled a clear tactical plan over pre-season that seems to have payed off.

Jonjo Shelvey is Newcastle’s main man in the middle of the park. His vision allows him to create attacks from a deep lying role. Shelvey’s ability to pass the ball also stands out in the team. Creating chances and controlling the tempo, Shelvey dictates how Newcastle play. As a key player from last season, you would expect the same again. And he did not disappoint.

Shelvey has trained all summer and is looking in the best shape of his career. This extra fitness is needed for the step up to the Premier League. With the extra fitness, Newcastle can utilised Shelvey for more of the game. This utilisation should allow for the team to thrive off his creative prowess.

New centre back Florian Lejeune looked good once again. He was impressive on the ball, allowing Newcastle to play out from the back and to have an option to go backwards to retain possession.

Verona never really tested Newcastle so he was not tested at all. Also dominating in the air Lejeune is everything Newcastle needed at the back last season. If he continues in this vain, he will be key for Newcastle at the back.

When Rafa Benitez made the mass substitution, replacing eight players, the team did not look as impressive. They still closed down well but they did not create as many quality chances. Newcastle need to sign a marquee player and one or two impact players for the bench.

Benitez is still in the market for players, with Stoke’s Joselu the latest player linked to Tyneside. This shows that the club may still strengthen but Ashley is not famous for his big marquee signings.

This phrase is usually a bad thing. But not this time. The undying support of the Geordie nation is still undoubted. With over 20,000 people attending the friendly, including myself, Newcastle clearly have its twelfth man. The crowd was in good spirits and most seemed impressed with the signings and the way Benitez setup the team.

There was also a buzz of excitement in the air today. The fans are ready to be back in the big time. After playing teams like Burton Albion last term, the fans are relishing the chance to see quality teams play at St James Park again.

How will Newcastle get on this season? Battling against relegation? Mid table finish? A push for Europe? What’s your thoughts?