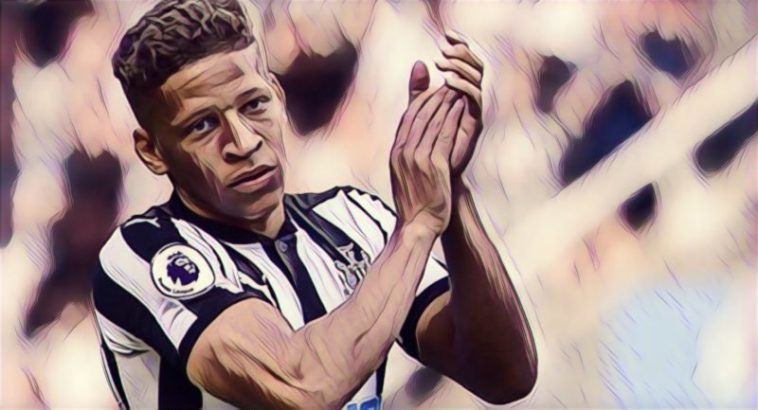 Newcastle United striker Dwight Gayle has admitted that it is vital that the club keep hold of their manager Rafa Benitez.

Benitez’s future has been the subject of intense speculation for some time now with the 58-year-old yet to commit to a new contract at the club due to uncertainty over transfer funds and the clubs ownership.

Gayle has also revealed just how good a coach the Spaniard is and how highly rated is he by not just the clubs fans, but also the players themselves:

“It is crucial that the boss stays,” he said speaking at PlayStation Schools’ Cup Festival.

“There is a bit of concern that he could go but I am confident he will stay and be with Newcastle next season.

“All the players want the boss to stay. They are so thankful for what he has done for the team. A lot of the players here have had their careers changed for the better.

“He is a great tactical manager – he has brought in these players for a reason. They all get on so well. We haven’t had any people disrupt the group and that’s the reason we have performed so well.

“The boss is out on the pitch every day trying to improve every player. He is very approachable. If you want to speak to him about any problems, anything you want to improve on, what you need to do to get into the team.

“He sees the things I am good at and tries to get players to help me. We have players like Jonjo Shelvey, Mo Diame and Ayoze Perez who like to play balls in behind, and we work on that and he improves my game that way. He reminds me of where I need to be. He wants me to do a lot of defensive work for the team as well.

“The fact that the players are so young and looking to progress works perfectly for us.

“The fans love Rafa. Every week you see they have a different banner for him. They have supported him throughout, even when we had a bad run. They were right behind him. He is thankful for that and I am sure he will repay them for it.”

Newcastle struggled badly at the start of the season but finished the campaign in top form, eventually securing an impressive tenth place finish in the Premier League. However, Gayle has urged to realistic about their expectations for next season.

“Obviously the first half of last season wasn’t the best but we finished really well and it was a good end,” he said.

“We have to be careful. The teams that struggled last season – Everton, Leicester, Southampton, they are all big clubs and they all spent big money. You need too be focused otherwise you could find yourself struggling. We need to strengthen.

“It is vital you look to improve, but also that you bring in players that are not going to affect the squad mentality and break the team up.

“I don’t know about top six next year. It’s a longer-term thing. Obviously you would like to progress, but at the moment the top six are miles ahead. We will have to do it a bit more slowly.

“After just coming into the Premier League for the first year, it’s going to be tough to just then attract the big players. It’s a slower process.”