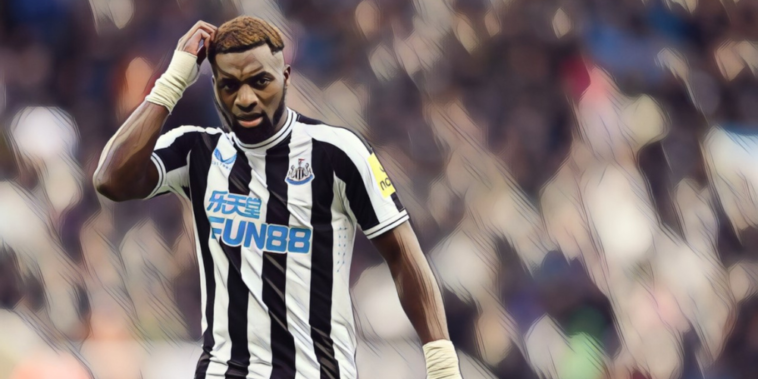 Newcastle are open to the sale of Allan Saint-Maximin if the club win the race to sign Anthony Gordon from Everton.

Saint-Maximin has started just four league games this season and has been subject of enquiries from several Premier League sides, having fallen out of favour under Eddie Howe at St James’ Park.

The 25-year-old has been mentioned as a potential makeweight in a deal to sign Anthony Gordon from Everton, with Newcastle having renewed their summer interest in the England u21 international this month.

Gordon is valued at around £60m at Everton and Newcastle face competition from Chelsea for his signature.

According to the Daily Mail, the Magpies offered Chris Wood in part-exchange for the 21-year-old before his loan move to Nottingham Forest and are considering player-plus-cash proposals in a bid to bring down his asking price.

Saint-Maximin could be an option, though the Frenchman is also attracting interest from a number of Premier League rivals. Newcastle are understood to be open to selling the winger this month if the club can conclude a deal for Gordon.

Saint-Maximin is a popular figure at Newcastle but has been criticised for a lack of end product in the final third.