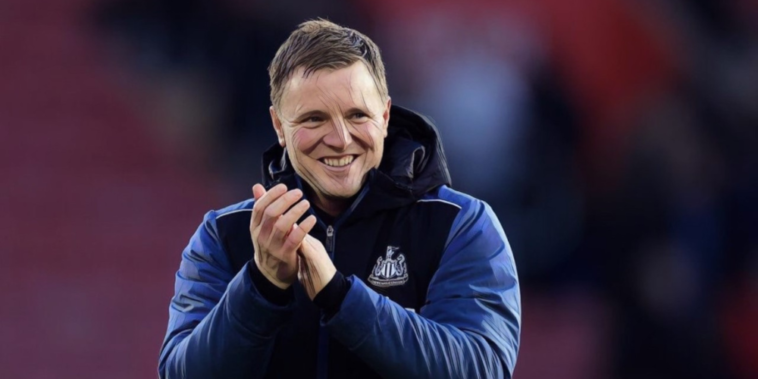 Newcastle are considering moves to sign Youri Tielemans and Moises Caicedo as the club look to sustain their push for Champions League football.

Eddie Howe wants to add another midfielder to his options next month as the Magpies look to retain their place in the top four, with Newcastle third in the Premier League table after exceeding all expectations so far this season.

According to the Telegraph, Howe wants a signing who is ‘first team ready’ and preferably with Premier League experience.

Jonjo Shelvey’s long-term injury has heightened the need for reinforcements and Newcastle have placed Leicester’s Tielemans and Brighton’s Caicedo on their list of potential additions.

Tielemans has just six months remaining on his contract at Leicester and could be available for a cut-price fee in January, though the Belgian may want to wait until the summer and assess his options with interest expected to be high as a free agent.

Newcastle are also admirers of Caicedo who has attracted interest from Liverpool and Manchester United, but Brighton’s valuation in excess of £60m could prove prohibitive. There is also a reluctance from Brighton to do a deal with the Magpies, who poached director of football Dan Ashworth from the Amex Stadium.

Newcastle are said to retain an interest in James Maddison, having seen two bids turned down for the Leicester midfielder last summer. The club are expected to return for the 26-year-old, but a renewed approach is likely to wait until the summer.