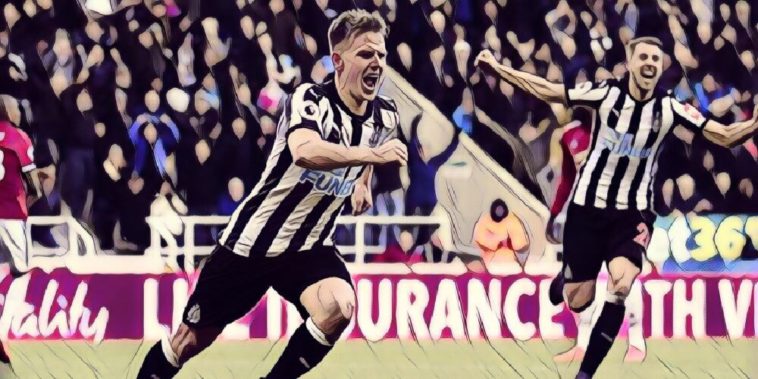 Jose Mourinho still hasn’t won a Premier League game at St James’ Park in his career after Newcastle grabbed a crucial victory to lift them out of the drop zone. Here are five things we learned:

The game was ultimately won by the team who concentrated for 90 minutes. Newcastle certainly did that, while Man Utd did not. United had chances to score through Alexis Sanchez and Anthony Martial in particular, but fluffed their chances.

They also lost their concentration on a number of occasions at the back, none more so than for the Newcastle goal. Every United Man Utd player was drawn towards the ball, with nobody really attacking it, leaving a huge space for a Matt Ritchie to attack and grab his first of the season.

Shelvey shows Pogba how to be a midfielder

Jonjo Shelvey put in a wonderful Man of the Match display for the Geordies, fighting for every ball with a great intensity and desire, before spreading an array of passes around the field. He was absolutely everywhere.

Conversely, Paul Pogba was awful and was invisible for the entire game. He seemed to pick up an injury in the warm up and looked like he was struggling with it throughout, and he really did hold United back. The debate will continue to rumble about his best positions after this outing for sure.

Newcastle have picked up a gem

While he certainly wasn’t the most glamorous signing on the history of deadline day, Newcastle’s acquisition of goalkeeper Martin Dubravka looks to be a very astute one indeed.

The ‘keeper was handed his debut and put in an impressive display. While he only had a few shots to save, he commanded his box excellently, and made some vital interceptions to clear the ball.

Don’t get me wrong, Alexis Sanchez was Manchester United’s best player (again) in this game, but I can’t help feel that his arrival has created more questions that answers.

Before they signed him, I wrote this article as to why he wasn’t a player I thought United needed, and following his signing I wrote another on where he might play.

However after four games for the club, it seems clear that he will be playing on the left of midfield, meaning that someone has to miss out or play out of position.

Anthony Martial had been impressive from down the left, but just doesn’t look as effective on the opposite flank. Right wing was one of the main positions that United needed strengthening, but with Jose insistent on playing the Chilean down the left, his signing raises more questions than it answers.

Few would have thought the former Fulham man would have still been at the club this year after he was seemingly fourth or fifth choice last season, but the England man has battled his way back into contention. However he put in an absolute pathetic performance at the back against Newcastle, seemingly getting lost time and again. He also finished the match without making a single tackle.

He was also partly responsible for Newcastle’s goal. He was incredibly booked for a pathetic dive which resulted in the free kick from which the Magpies ultimately scored from. When the ball came in, he stayed with his man, but in doing so, left a huge gap for Matt Ritchie to run into unopposed who finished with great composure.

United will be counting down the days until Eric Bailly returns to action.