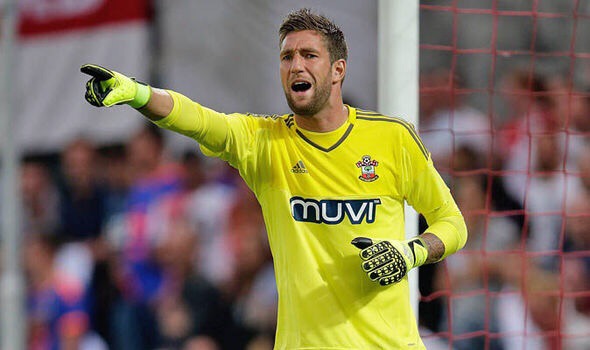 Everton manager Ronald Koeman will go Dutch this summer as he looks to add numbers to Evertons threadbare goalkeeping department.

The Liverpool Echo claims that the Everton boss will look to sign Fulham goalkeeper Maarten Stekelenburg this summer in a deal that could be as cheap as £1million.

The former Netherlands number 1 moved to Fulham in 2013 in a £3million move, but was unable to save them from relegation from the Premier League. Despite still being on the books of the London club, the Dutchman has spent the last two years away from Craven Cottage. First he moved to Monaco on loan, before spending last season on loan at Southampton under Ronald Koeman.

Fulham are keen to offload Stekelenburgs £25,000-a-week wages from the club and are willing to sell the ‘keeper on the cheap, and Koeman could look to sign his fellow compatriot to join Evertons goalkeeping team.

Everton have only one recognised goalkeeper in Joel Robles, after Tim Howard moved back to the USA this summer.

Koeman is expected to sign TWO goalkeepers this summer to ensure the club have adequate coverage for the upcoming season. Manchester City goalkeeper Joe Hart has also been linked with a move to the Toffees after Pep Guardiola is unconvinced over the ‘keepers qualities, an opinion that will not have been enhanced by his displays for England at Euro 2016.