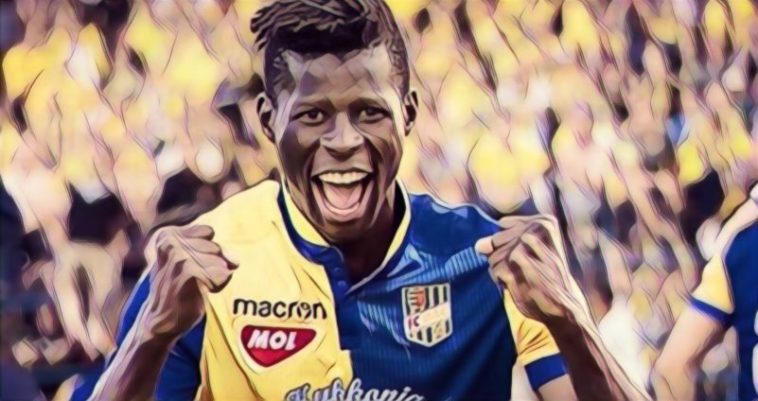 New Celtic forward Vakoun Issouf Bayo has said that he can’t wait to sample the atmosphere of Celtic Park.

The Ivorian goalscorer moved to the Scottish champions from the Slovak top flight for an estimated £2m after scoring ten goals and providing five assists for Dunajska Streda in Slovakia’s Fortuna Liga.

Bayo made his first comments as a Hoops player this week, saying he wants to experience the Parkhead atmosphere.

“Kolo called me beforehand and explained that Celtic were interested in me. I said was very interested in working with the club, with the manager and with Kolo.

“Celtic is a great football club, and I’m very happy to now be a part of it. I also know Eboue Kouassi from the Ivory Coast national team at Under-21 level. I know him well, and I also spoke to him beforehand. Of course everyone in football knows the scale of Celtic but he told me what Celtic is all about and what a huge club I am joining.

“It’s my aim to transfer my form in the Slovak Super League to Celtic. I like to score and like to celebrate with the fans. I understand that Celtic fans are really good, that they make such a great noise at matches and support the team brilliantly, and that’s the sort of atmosphere I like.”