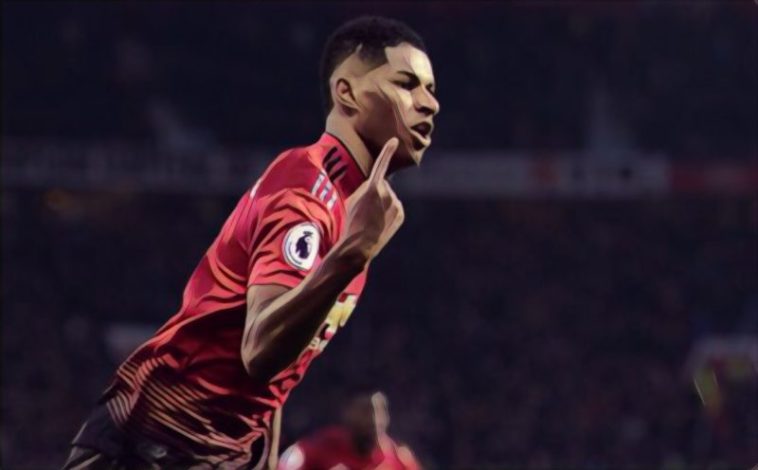 The 21-year-old scored the late penalty which saw United advance to the Champions League quarter-finals with a 3-1 win at PSG on Wednesday, becoming the first team in the competition’s history to progress to the next round having lost the first leg at home by two or more goals.

Former United defender Neville, who twice won the Champions League with the club in 1999 and 2008, was full of praise for the academy graduate admitting the youngster was now a ‘£100m striker’.

“I was shaking in the crowd for him, thinking, ‘What a moment!’ But he’s the real thing, Marcus Rashford,” Neville told BEIN Sport.

“Man United – people will say they need to sign a striker [in the summer] and they probably do.

“But they’ve got, through the ranks there, he’s a £100m striker now and he could become a £150m striker. He is absolutely top class.

“Ole’s got him playing exactly where he should play, on the last line, challenging the space in behind.

“It was a huge moment for him because they’re the moments actually that you grow from.

“Even if he missed tonight, it would’ve been a moment that he could’ve said, ‘Well I stood up there.’

“He scored and he’s took a big moment. He hit it hard, he was short [with his run up], he wasn’t nervous about it despite the long delay, players coming towards him. All the things you would expect.

“He did everything right and I have to say, he’s turning into a brilliant, brilliant player.”