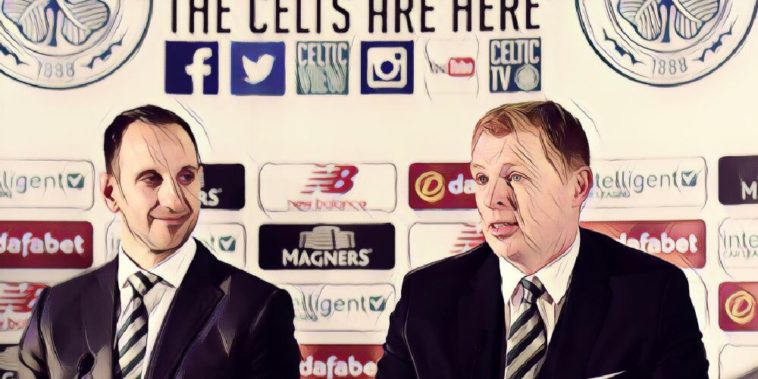 Neil Lennon has said that he is looking forward to the ‘challenge’ of a second stint as the manager of Celtic.

Having enjoyed a hugely successful seven-year spell as a player at Parkhead between 2000 and 2007 where he won five league titles, Lennon first became Celtic manager back in 2010, where he steered the Hoops to a further three league titles and two Scottish Cups before leaving in 2014.

However, following Brendan Rodgers departure to Leicester City yesterday, Lennon returns to the reigning Scottish Premiership champions where he has been installed as the clubs manager on an interim basis until the end of the season, a decision which he described as a ‘no-brainer’.

“It was a no-brainer (taking the job), I am very grateful to be here. The board Peter [Lawwell] and Dermot [Desmond] have put their faith in me to see out the season and it has been a whirlwind 24/36 hours,” he said at his first press conference.

“The most important thing is the club. We’ve lost a manager who will go down as one of the greats.

“I’ve got big shoes to fill. I’m looking forward to the challenge.”

Lennon has been out of work for a month after leaving Hibernian ‘by mutual consent’ following an exchange with a fellow club employee, even though the Edinburgh based side confirmed that the 47-year-old wasn’t guilty of any wrongdoing.

Read also: Lennon grateful to be given chance to manage Celtic again