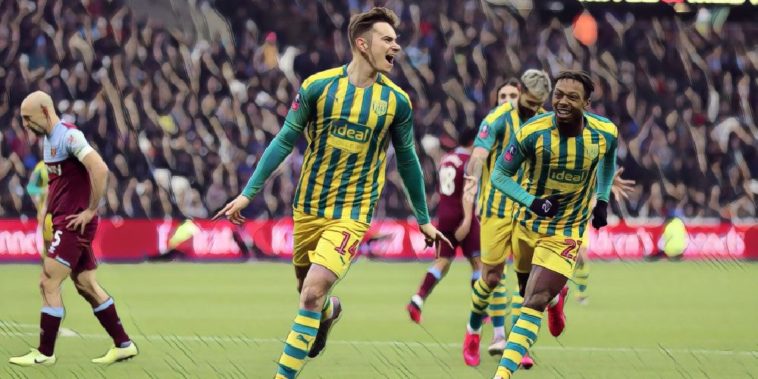 Slaven Bilic made a triumphant return to the London Stadium to dump West Ham out of the FA Cup, West Brom proceeding to the fifth round with a 1-0 win.

Before the game, David Moyes had expressed his desire for West Ham to embark on ‘a good cup run’, and the former Manchester United and Everton boss named a strong side for the visit of the Championship leaders.

However, it was West Brom’s Conor Townsend who opened the scoring in the ninth minute with a fine strike from the edge of the box, with the Baggies proving to be a threat throughout the fourth round tie.

Despite the visitors going down to 10 men in the 78th minute after Semi Ajayi saw red for two bookable offences, it still took until the 90th minute for West Ham to register their first shot on target on a wholly disappointing afternoon in East London, with Hammers boss David Moyes admitting his side were second best.

“We put a strong team out. I was well aware it was a home tie so I wanted to try to make it work, but on the day we did not play well enough,” Moyes told Match of the Day.

3 – West Ham have been eliminated from the #FACup by a side from a lower division in each of the last three seasons, the only Premier League club to do so. Repetitive. pic.twitter.com/kslriO3gOk

“We did not start the game well. We gave up opportunities in the early part of the game and they were better than us in the opening period and they got their goal in that time.

“We were a bit fortunate we did not concede another goal but we got through to half-time and I made a decision to make a few changes.

“I had seen too many poor passes, too many balls being kicked off the pitch and not enough good play. We had to attempt to get through or at least get a draw but we were not quite able to get there.

“I think we had a lot of opportunities to have an attempt on target so sometimes you can take that stat slightly differently. We were in good positions to make it happen and we didn’t, but they were better.

“We were better in the second half but we could not quite manufacture a good cross or through pass so you have to give West Brom credit for that.

“If anything, their red card made it tighter, made it more difficult to get through. They did a good job but we had opportunities – one fell to Mark Noble, a really good chance, but apart from that we did not have loads of opportunities.”

West Ham will now turn their attention to maintaining their Premier League status, the Hammers currently only sitting outside the drop zone by virtue of goal difference.