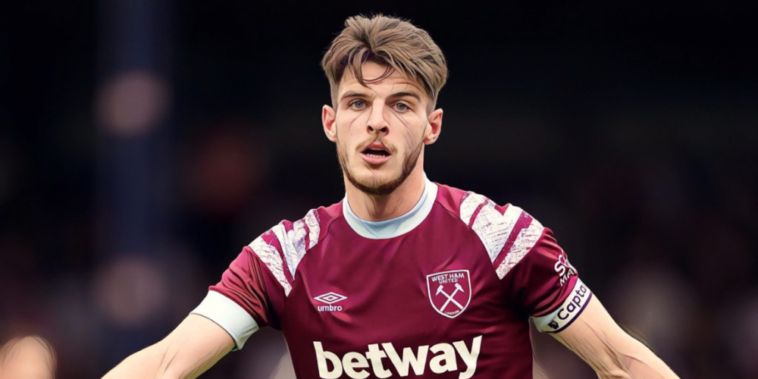 David Moyes has warned that West Ham won’t ‘roll over and let Declan Rice walk out the building’ amid interest in the midfielder.

Rice has been linked with an exit from West Ham and earlier this month hinted at a potential departure from the London Stadium. The midfielder has developed into a prominent figure for club and country and discussed his ambition to compete in the Champions League.

“One hundred per cent I want to play in the Champions League,” Rice said at an England press conference at the World Cup in Qatar.

“For the last two or three years I’ve been saying that. I’ve been playing consistently well for my club and I feel like I really want to keep pushing. I see my friends here who are playing Champions League and for big trophies.

“You only get one career and at the end you want to look back at what you’ve won and the biggest games you’ve played in.”

The 23-year-old has 18 months remaining on his current contract, though the Hammers have the option to extend his deal for a further season.

Chelsea, Manchester United and Manchester City have been linked with a big-money move for Rice, but Moyes has warned that the Hammers won’t allow the club captain to leave easily.

“He wants to win. We are not just going to roll over and let Declan walk out the building,” Moyes said, as per Fabrizio Romano.

“It’s going to be a big fight and I like it — because Declan wants to challenge himself and wants to play in the big games and he wants to be a top player.”