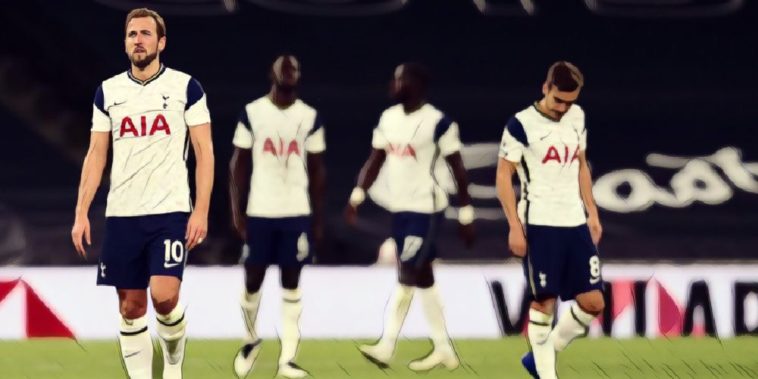 Jose Mourinho has refuted suggestions his side were ‘Spursy’ during their capitulation against West Ham and has warned Tottenham they must improve their defending from set pieces.

The north London side looked to be cruising to a comfortable derby victory after racing into a three-goal lead against the Hammers last weekend, only to collapse in the second half in dramatic circumstances as the visitors hit back with three late goals.

Spurs conceded three times from the 82nd minute onwards with Manuel Lanzini’s sensational stoppage-time strike snatching an unlikely point for West Ham, leading to the predictable ‘Spursy’ jibes from rival fans – a phrase coined amid perceptions the club often snatch defeat from the jaws of victory.

Mourinho, however, has refused to question his side’s mentality and instead looked towards their concerning statistics in defending set-piece situations, pointing to his side’s record of conceding just once from open play so far this season.

“I believe that winning 3-0 in minute 80, we can play 50 more matches and it’s not going to happen again,” the Portuguese said at his pre-match press conference. “So I don’t want to be sticking on this [subject] and stories about being ‘Spursy’ and this kind of thing.

“We just need to defend better from set pieces. We’ve conceded just one goal from open play against Southampton.”