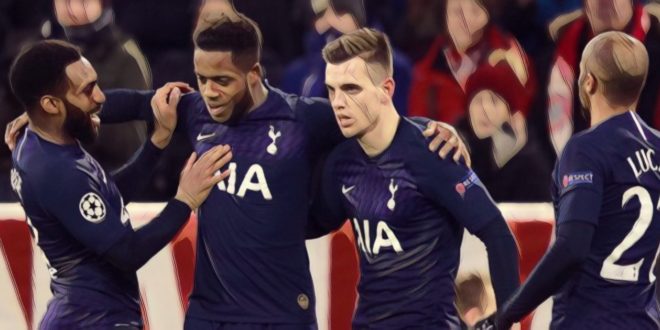 Jose Mourinho has revealed he learned ‘important information’ about his Tottenham players after seeing a heavily rotated side beaten 3-1 at Bayern Munich on Wednesday night.

Both sides opted to make changes with their qualification to the knock-out stages already assured, Mourinho leaving the likes of Harry Kane and Dele Alli out of his squad for the trip to Bavaria and handing opportunities to the likes of Ryan Sessegnon and Juan Foyth.

The match would ultimately end in defeat to a Bayern side who recorded a 100% record in the group stage, the Bundesliga champions emerging victorious courtesy of goals from Kingsley Coman, Thomas Muller and former Liverpool star Philippe Coutinho.

Despite the defeat, Mourinho was pleased with his side’s performance and believes he learned valuable lessons about the capabilities of his fringe players, with teenager Sessegnon scoring his first goal for the club with a first-half equaliser at the Allianz Arena.

“A good match for me,” Mourinho told BT Sport.

#thfc head coach José Mourinho has finished second in the #UCL group stages twice – he went onto win the competition on both occasions. pic.twitter.com/yzWGS1V4E6

”I don’t want to speak about conclusions because it is too strong a word but I would say important information. I give you clearly a positive example because they are easier.

”Today I learned a lot about Juan Foyth. He didn’t play one minute for me until today and I learned more in these 90 minutes than I did in two or three weeks of training. No conclusions but good information.

“I would prefer to win or to draw and for Son to score in the last minute and lose 3-2 rather than 3-1 of course but we knew the match was important for other reasons.

”We didn’t want a result that leaves a shadow on us but I think positive things about many of the boys.”