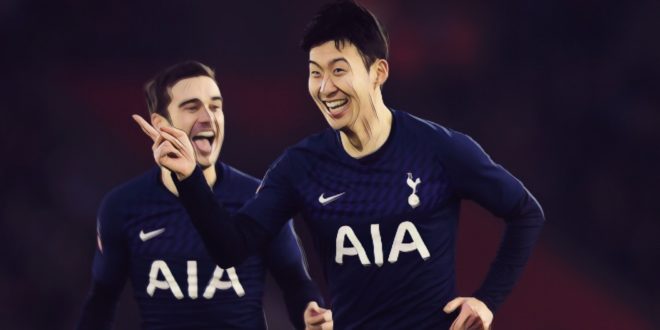 Jose Mourinho is happy to see his Tottenham Hotspur side keep their FA Cup hopes alive, despite being held to a 1-1 draw with fellow Premier League outfit, Southampton.

Before the game, Mourinho had said that he would not prioritise the Premier League over the FA Cup and the Portuguese was true to his word, sending out a strong side at St Mary’s while handing a first start to January signing Gedson Fernandes.

With Harry Kane potentially out for the remainder of the season, there is an increased pressure on Heung Min Son and Lucas Moura to lead Spurs attacking line, and it was the South Korean who opened the scoring just before the hour mark with a strike from the edge of the box.

However, second-half substitute Sofian Boufal scored his first goal of the season with just three minutes to play to add yet another game to what has been a hectic fixture list, the Saints earning themselves a replay back at the Tottenham Hotspur stadium.

While Mourinho was pretty clear that he could have done without the extra fixture, he was happy to see his side in the draw for the fifth round of the FA Cup, a competition that he has only won once back in 2007.

FULL-TIME: A late equaliser for the hosts means the tie will need to be decided by a replay at Tottenham Hotspur Stadium.

“They are a good team, they play at home and they react,” Mourinho told BBC Sport. “They put some pressure on us in the last minutes. The ball didn’t go out for about five minutes. They scored. But we are alive [in the cup].

“Our fantastic fans that came here today, plus the other 50,000 that will go to the match at home, will be happy we have one more match. We are going on that difficult way! We are working. We don’t need one more match but we have it so we are going to fix it. This is the way it is. It’s better to draw than to be out. We have a match at home which is difficult of course, but better than losing.

“We had to wait for chances to score. Good transitions, good passing, good positions then we had Son Heung-min who missed by a few inches and the keeper made a good save. They have a style of play which is very direct and very aggressive. We improved bit by bit in the last few matches, we didn’t concede [in recent games]. We conceded in the minute of 80-something today but we are not scoring enough goals for the chances we create.

“They did exactly the same. They chose their best team and played at the maximum strength which is the way to respect the competition. We don’t need one more match but we have to play. Both of us prefer to have the next match then not have it. The desire to do it [win the cup] is the same for everyone. I believe that in the next round it will be a massive number of Premier League teams.”

Read – Player Analysis: Examining how Gedson Fernandes will fit in at Spurs