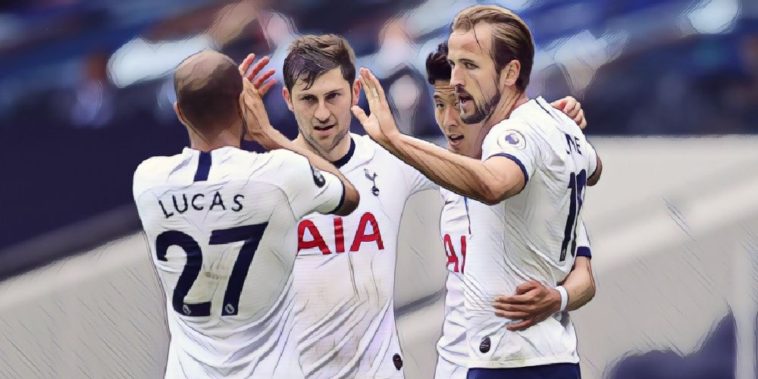 Spurs took the lead in just the sixth minute of the game following a breakaway from the hosts, Heung Min Son’s effort taking a wicked deflection off of James Justin and into his own net.

Leicester forced a smart save out of Spurs skipper Hugo Lloris from an Ayoze Perez effort, and while the Foxes controlled the majority of possession, the north Londoners would be the ones to double their lead. Lucas Moura led a swift counter-attack from a defensive corner before finding Harry Kane who slotted home with his left foot eight minutes before the interval.

Kane would make it three just three minutes later with a sublime finish, Moura’s run from midfield being unopposed, and while the Brazilian’s pass would force the England skipper wide, Kane cut onto his right foot, before curling an unstoppable shot past Kasper Schmeichel in the Leicester goal.

Speaking after the game, Jose Mourinho expressed his sympathies for Brendan Rodgers and his side’s injuries, though admitted his team were ‘comfortable’ throughout the encounter.

“I think we were strategically good,” Mourinho told Sky Sports. “We knew what worked for us. Brendan Rodgers did an amazing job since he arrived but in this moment he is in a little bit of trouble with injuries. I know what it is because I had similar problems at the other end.

“He is trying to compensate with the people he lost so we knew that in transition we could win the game. We tried to be very fast after recovering the ball. We did that very well in the first half and in the second half it was about being compact and getting the result.

“You always need your goalkeeper to make a couple of important saves which he did but we were phenomenal. They had a lot of corners and we defended well. I felt very comfortable in the game.”

“It was two very important goals for us and the third one was Harry Kane’s goal. It was amazing quality.”

Asked whether Kane is among the best strikers he has ever managed, the Portuguese insisted his number 10 is ‘second to none’.

“Of course he is,” Mourinho beamed. ”It is difficult for me to compare strikers but I had almost in every club some of the best. Of course, Harry is second to none. It’s just different qualities. As a striker, as a goalscorer, a team player and a leader, he is fantastic.

“It is difficult to make him better but the better the team is, the better he can be. It depends more on us. He is an amazing professional and works very well. He cannot play any better. He is a fantastic striker and Tottenham is so lucky to have him.”

The result moves Spurs up to sixth in the Premier League table ahead of their final Premier League game, while Leicester remain in the top four ahead of Manchester United by the virtue of goals scored, though the Red Devils have a game in hand (v West Ham).