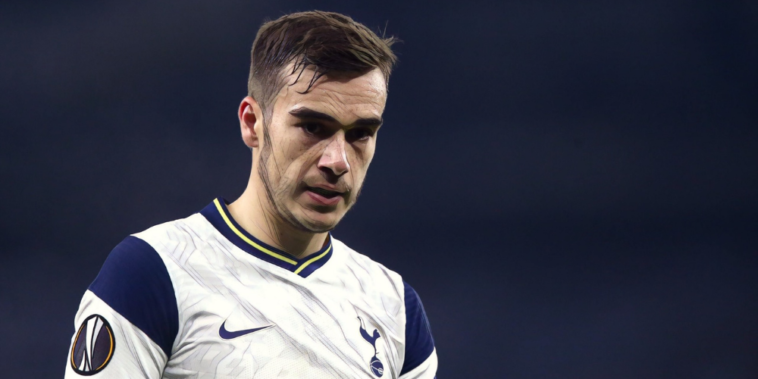 Jose Mourinho remains insistent that Harry Winks is ‘going nowhere’ during the January transfer window despite continued speculation linking the Tottenham midfielder with an exit.

Winks has struggled for first-team football following the summer signing of Pierre-Emile Hojbjerg and has started just five Premier League fixtures this season, with Everton having previously been linked with a loan move for the out-of-favour star.

The 24-year-old is keen to secure regular opportunities as he bids to make the England squad for this summer’s European Championships, and Sky Sports reported earlier this week that Valencia had expressed an interest in a loan with an option to buy.

No offers have yet been submitted for the midfielder, though Mourinho insists that any approaches will be rejected with Winks remaining part of his plans and ‘going nowhere’ this month.

“What do I have to say to stop with this talk? I said already that he’s going nowhere,” the Spurs boss said at his pre-match press conference.

“When I say he’s going nowhere, what more do you want me to say?

“He played the last matches. He didn’t play the last one because it was a chance to let players like Gedson (Fernandes) get minutes.

Spurs currently sit fourth in the Premier League and return to action when they host Fulham tomorrow evening, the fixture having been rearranged following an outbreak of coronavirus cases amid scheduled opponents Aston Villa.