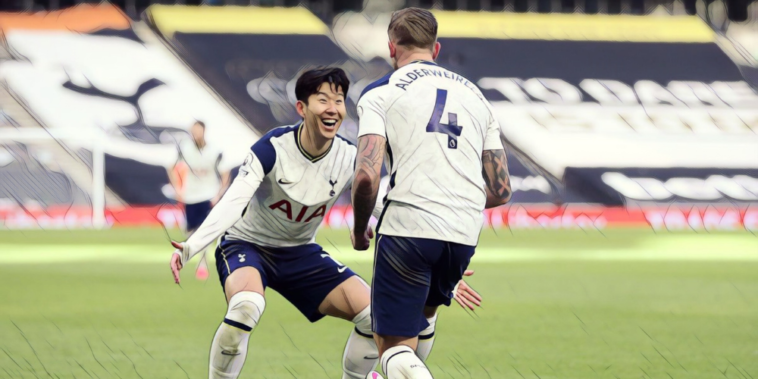 Jose Mourinho has hailed the partnership of Harry Kane and Son Heung-Min after the duo inspired Tottenham to an impressive 3-0 victory over Leeds.

Tottenham rose to third in the Premier League with their first league victory in four fixtures, Kane opening the scoring from the penalty spot before turning provider for Son to double the north London side’s advantage just before half-time.

Toby Alderweireld’s header was fumbled over his own line by Leeds goalkeeper Illan Meslier in the second half to make it three, and Mourinho was full of praise for his side following their return to winning ways.

“The three points are very important,” he told BT Sport. “I think we understood well how they could hurt us and how we could hurt them. In that aspect I am happy but I still think we can and have to do better.”

Mourinho lavished praise on the partnership of forwards Kane and Son, the duo continuing their fine form and combining for their 13th league goal of the season, equalling the all-time Premier League record set by Alan Shearer and Chris Sutton for Blackburn in 1994/95 – despite only being 16 games into the campaign.

Tottenham have scored 29 goals in the Premier League this season.

Harry Kane and Son Heung-min account for 76% of their goals (22). 😳 pic.twitter.com/XTbIb6vemD

Son’s goal was also his 100th since signing for Spurs from Bayer Leverkusen five-and-a-half years ago, and Mourinho believes the duo are achieving ‘special things’ this season.

“Of course, the understanding is good and against Leeds it was important to have that ability in attack,” he said of the pair. “They stay man-to-man so if you stay static you give them an easy job. That movement of Harry Kane and Sonny in the finishing positions fit well.

“I think in the Premier League there are many good players everywhere even in clubs where you don’t believe they can have great players. But I have to say that Sonny and Harry are doing special things this season.

Mourinho also dismissed the notion his side are now facing ‘easier’ fixtures after clashes with top-six rivals Liverpool and Leicester in recent weeks, praising Leeds as ‘difficult’ opposition and warning of the quality possessed by an in-form Aston Villa side next week.

“When we played the people who are considered the top six people say easier games are coming but I of course don’t believe it,” he said. “Leeds are difficult and Aston Villa is my favourite team in the Premier League at the moment. I enjoy watching them, they have good players and very well coached. This is up next.”

Read – Best of 2020: Ranking the PL players with most goals and assists