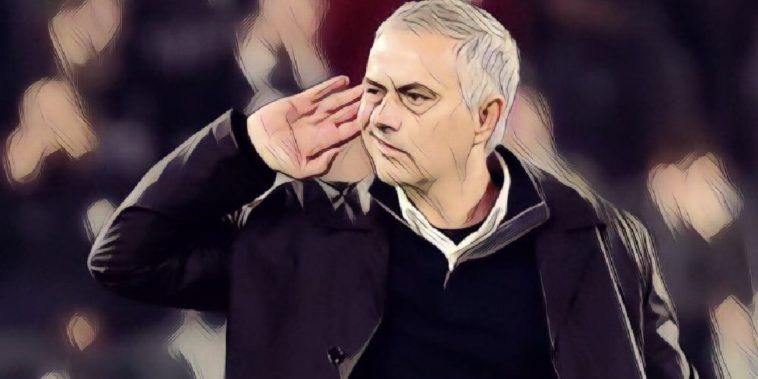 Jose Mourinho has hinted he has held talks with Cristiano Ronaldo about the vacant managerial position at Juventus.

The Italian champions are looking for a new head coach after announcing Massimiliano Allegri will leave the club this summer after five years in charge, with former Manchester United and Chelsea boss Mourinho having been strongly linked with the role.

A number of managers have been linked with the role, including Premier League bosses Mauricio Pochettino and Maurizio Sarri, and Mourinho has revealed that he has spoken to a current Juventus player about the possibility of him taking over at the Allianz Stadium.

During an appearance on BeIn Sports Mourinho said: “One of the players that I have a great relation with, he plays for a team and he told me, ‘You should come here next season’, and I told him, ‘They don’t love me’”.

“He told me, ‘You win three matches and they will start loving you’”.

This happened last time when Mourinho and Juventus fans met. Could there be a reunion? pic.twitter.com/AB2BAEQjOp

Mourinho’s comments are believed to be regarding Cristiano Ronaldo and moving to Turin, with the Portuguese’s relationship with Juventus supporters complicated by his spell in charge of fierce rivals Inter Milan.

The 56-year-old was the target of chants from the Juventus fans during Manchester United’s Champions League win over the Bianconeri back in November, cupping his ear to the home crowd following the full-time whistle.

Mourinho’s previous tenure in Italy was a major success, leading Inter Milan to Italian football’s first ‘treble’ in 2010 during a two-year spell at the San Siro.