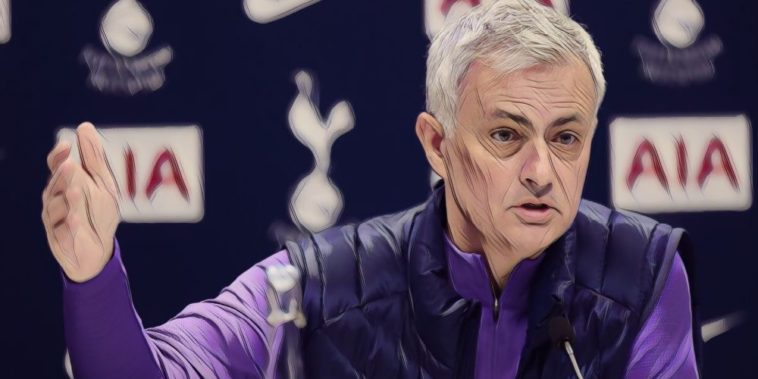 Jose Mourinho has backed Hugo Lloris following his recent errors and insists the goalkeeper remains his ‘number one’ at Tottenham.

Tottenham were top of the division in December but have dropped to ninth in the Premier League following an alarming run of form, losing four of their past five league fixtures including a 3-0 thrashing at league leaders Manchester City last weekend.

That defeat came on the back of conceding five goals in an FA Cup exit to Everton and club captain Lloris has come under-fire for his performances in both losses, the France international criticised for the manner of City’s second and third goals at the Etihad.

Lloris’ poor performances have raised questions over his number one status, with former England goalkeeper Joe Hart the current deputy to the France captain in north London.

Mourinho has launched a defence of the 33-year-old, however, and insists the goalkeeper’s recent blips is just temporary, pointing to the recent mistakes of other leading goalkeepers across the division and praising Lloris for his previous consistency.

“When a player is a top player, it doesn’t mean he’s not a top player again because of one mistake or two or three,” Mourinho said at a pre-match press conference.

“For me, Alisson is one of the top five goalkeepers in the world, and in the last few matches – not yesterday (Tuesday) – he’s made big mistakes but he’s in the top five goalkeepers in the world. Hugo is the same. He’s been performing super consistently since he recovered from injury and if he was responsible for any of our goals, he’s my number one and he has all my trust and confidence.

Spurs are currently ninth but remain just six points outside the Champions League places with a game in hand, the north London side returning to European action this week with a Europa League clash against Austrian side Wolfsberg tomorrow.