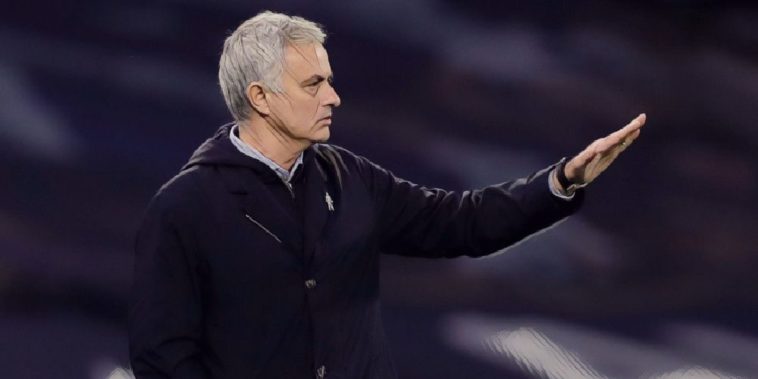 Jose Mourinho has admitted that it is highly unlikely that Tottenham will be bringing in any players in January, with the transfer window now open once again.

While Bale’s return to the club has been somewhat underwhelming, the addition of former Southampton midfielder Hojbjerg has been an undoubted success, with the Danish international an integral part of Spurs’ excellent start to the campaign as the driving force in midfield.

Such a superb start the season had raised hopes of a potential title challenge for Mourinho’s side, though a dip in form of late has somewhat curtailed any such talks, with Spurs picking up just two points in their last four games.

While the topsy-turvy nature of the current campaign means that all is certainly not lost for the North London based club, there is perhaps a belief that the club still need to further strengthen in order to close the gap on the likes of Liverpool.

That being said, however, it doesn’t look as if any business will be done over the next month, with Mourinho revealing that he’s not expecting any new additions to arrive at the Tottenham Hotspur Stadium any time soon.

“I’m not expecting, no,” he said at his pre-match press conference.

“Times are not easy. the club made a big effort in the summer to try and build a good squad.

“Honestly, if something good happened for us, it would be a big surprise for me.”