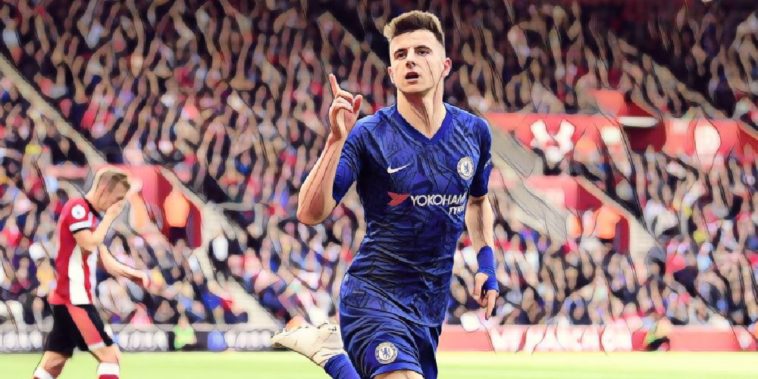 Mason Mount has revealed he ignored advice to leave Chelsea as a youngster in order to fulfil his childhood ambition of becoming the first academy graduate since John Terry to make it at Stamford Bridge.

Mount has flourished since being handed his opportunity in the first-team under new manager Frank Lampard this season, with the 20-year-old scoring four league goals already and earning his first caps for the senior England side.

Lampard’s arrival has seen several of the club’s best young prospects given a chance to establish themselves at Chelsea, with Mount joined by the likes of Fikayo Tomori and Tammy Abraham in making a big impression in the opening weeks of the campaign.

The success of the youngsters is a refreshing change for the South West London club who have struggled to integrate their best talent despite a thriving academy in recent years. Club legend Terry – who made his debut over two decades ago – is the last academy graduate to become a regular fixture in the first-team.

Mount has now revealed his ambition as a teenager was to become the next Chelsea player to emerge, even ignoring advice from his own father to leave the club in search of a clearer pathway to first-team football.

“When I was 14, my dad told me I should leave Chelsea,” Mount told the Sun.

“There are so many good players in the academy and a lot of people were saying not many youngsters ever get to make it here.

“That was the discussion we had but I told him that I’d be the first graduate to make it since John Terry — because it was always my goal to play for Chelsea and I didn’t want to go anywhere else.

“I loved the competition and I think the fact that Fik (Tomori) and myself both worked for Frank last season gave us a bit of an advantage for coming into pre-season.

“Having an English manager who knows all the young English players coming through the academy has given both of us that confidence to go out and perform.”