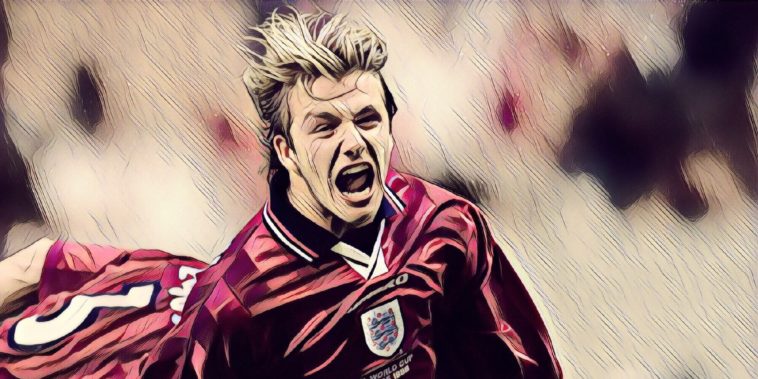 For one month every four years a sleeping beast awakens. Come June, the World Cup tournament emerges from hibernation with a roar. The biggest spectacle in the footballing calendar arrives to dominate the global airwaves. Love it or hate it, everyone succumbs to its magic eventually.

The tournament never fails to deliver some genuine moments of brilliance. Fuel for pub quizzes and banter for years to come. In celebration, we’ve compiled this list of what we think are some of the most memorable World Cup free kicks. We’ve even included videos for you lucky lot.

For premium news and reviews about men’s lifestyle, shoot over to the idkmen.com homepage.

2005-2006 was an injury ravaged season for Robin van Persie. Making just 38 appearances for Arsenal that year, he scored 11 goals in all competitions. However, his early goal scoring form had been impressive. It was enough to convince Marco Van Basten to include the young forward is his World Cup squad.

The 22 year old featured in all four of his country’s fixtures at the finals. He registered his first World Cup goal against the Ivory Coast in the group stages – his only of the competition. A fierce left-footed drive from just outside the area left ‘keeper, Jean-Jacques Tizie, with no chance between the sticks. Van Persie rifled his effort into the top left corner of the goal, helping his team to a 2-1 victory.

The Netherlands eventually crashed out to Portugal in the knockout stages. Italy went on to claim their fourth World Cup title.

Brazil entered the 1982 World Cup as strong favourites to win. Their opening game had lived up to high expectations – an entertaining 2-1 win against the Soviet Union. Their second group game, however, threatened an upset. David Narey put Scotland a goal up against Telê Santana’s talented Brazil side at the Benito Villamarin stadium. Scotland had just come off the back of a 5-2 victory against New Zealand and dared to believe. Normal service was soon restored just after the half hour mark.

Brazil won a free kick a full 30 yards from goal and, not to be discourage, Zico stepped up. He stroked the ball over the wall with his right boot, curling it into the top right corner. Goalkeeper, Alan Rough, was a mere spectator as the ball hit the back of the net. Brazil went on to win 4-1, although they were dumped out of the competition by eventual winners Italy.

Having never won the competition, Sweden put together one of their strongest campaigns in USA 1994. Surviving a group that also contained Brazil, Sweden swept aside Saudi Arabia 3-1 to set-up a quarter final tie against Romania.

With the scores level, Sweden won a free kick 30 yards from goal. Instead of taking on the strike, Håkan Mild rolled the ball into Brolin, who had snuck in behind the defensive wall. Brolin produced a one touch finish, smashing the ball beyond Florin Prunea to instigate an chaotic finish to the game. Three more goals and red card saw the game end 2-2, with Sweden progressing on penalties. They failed to beat Brazil in the semis, losing 1-0, as Brazil went on to claim their fourth World Cup.

Political controversy and allegations of match fixing have marred the 1978 World Cup. However, it still produced some spectacular football. Peru had advanced into the second group stage after topping group four. They were eventually beaten to final by Argentina, losing 6-0 in suspicious circumstances. The host nation went on to lift the title, beating the Netherlands 3-1 in Buenos Aires.

Nevertheless, Peruvian Teofilo Cubillas is responsible for one of the greatest ever World Cup free kicks. Having already scored one to put his side 2-1 up against an industrious Scotland team, he stood over another in the 77th minute. Juan Munante distracted with a run over the ball as Cubilla took a long run up to hit it. The outside of his right foot sliced the ball past the wall and just inside the left-hand post. Alan Rough in goal could do nothing about it.

Under the guidance of Glenn Hoddle, England looked like genuine contenders at France 98. There was a golden generation of players and a balance of youth and experience. Future stars like Michael Owen had to settle for a place on the bench – eventually making a huge impact on the competition. David Beckham was another star name who started the first two fixtures as a substitute. However, working his way into the lineup for England’s final group game against Colombia, he demonstrated what he was capable of.

With England leading 1-0, Paul Ince went down under a challenge 40 yards from goal. Having struck 11 times for Manchester United in the 07-08 season, Beckham stepped up to take. He put it away with consummate ease, in doing so, cementing his place in the starting 11 for the last 16 tie. Unfortunately, Beckham left a different type of impression on the game against Argentina. After being sent to ground, Beckham impetuously kicked out at Diego Simeone. He was given a red card, and the game finished 2-2 after 90 minutes. England went out of another tournament, losing on penalties.