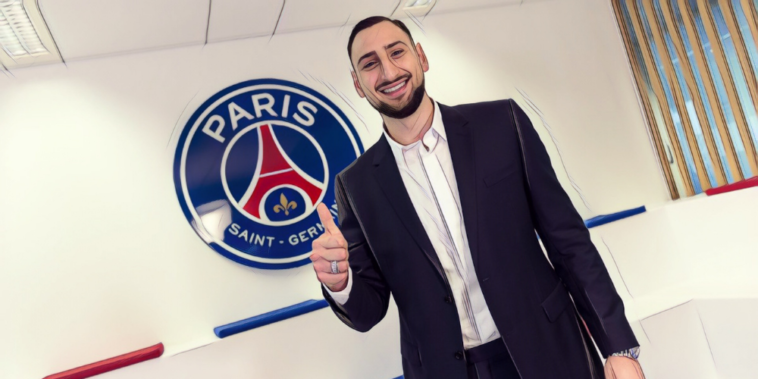 Whilst summer transfer business has not been quite as chaotic as in previous seasons with clubs feeling the financial squeeze of the ongoing pandemic, there have still been several notable names change allegiances during the close-season.

Jadon Sancho’s move to Manchester United has been arguably the headline deal in the Premier League so far, with the winger’s arrival from Borussia Dortmund the most expensive acquisition across Europe’s major leagues.

With much focus on English football, there are plenty of deals that may have slipped under the radar on the continent in recent weeks and we’ve profiled ten of the most interesting transfers to date.

Here are ten of the most intriguing transfer deals across Europe’s major leagues.

Atletico Madrid’s reported willingness to allow Saul Niguez to leave this summer has come as a surprise to some, but the Spanish champions have wasted no time in securing a replacement following the exciting capture of Rodrigo De Paul.

Atleti splashed a fee of around £30m on the midfielder, who formed part of Argentina’s victorious side at this summer’s Copa America.

The 27-year-old has flourished during five seasons with Udinese after signing from Valencia and returns to La Liga a much improved player from the one who departed, having established himself as one of the most complete midfielders in Serie A.

De Paul registered an impressive nine goals and nine assists last season, though it is the underlying numbers that truly demonstrate why Atletico may have just secured one of the signings of the summer.

Whatever Atlético Madrid are reportedly paying to sign Rodrigo De Paul from Udinese, it's not enough. ✨ pic.twitter.com/TQfLWhXJ3b

The midfielder is a player who can truly do it all and could shine under the guidance of compatriot Diego Simeone in the Spanish capital this season.

Borussia Dortmund have moved swiftly to splash the Sancho cash by signing Donyell Malen as the winger’s replacement, with the Bundesliga side hopeful the Netherlands international can be the next young talent to explode at the Westfalenstadion.

Malen spent time in the academy system at Arsenal before joining PSV Eindhoven in 2017, where he has developed into one of Dutch football’s brightest talents in recent seasons.

Last season the 22-year-old enjoyed a career-best campaign to net 27 goals in all competitions and his performances have persuaded Dortmund to spend a reported €34m on his services this summer.

Though the forward’s preference is for the central role currently occupied by Erling Haaland, he is comfortable on either flank and adds to an exciting collection of attacking prospects at Dortmund.

Robert Lewandowski was the only player to score more Bundesliga goals than Andre Silva last season, with the forward even outscoring Erling Haaland after netting 28 goals in just 32 league appearances.

Silva shot to prominence at Porto before a big-money move to AC Milan failed to work out, but found his feet in Germany at Frankfurt to provide a reminder of his goalscoring pedigree.

After 45 goals in 71 appearances for the German side over two seasons, RB Leipzig have raided their divisional rivals for the Portugal international after securing a £19.8m deal for his services.

Leipzig failed to adequately replace Timo Werner following his move to Chelsea last summer, but if Silva can maintain his recent productivity at the Red Bull Arena under new manager Jesse Marsch, the deal will represent a snip.

Barcelona’s financial situation has led to cost-efficient dealings in the market so far, with Eric Garcia, Sergio Aguero and Memphis Depay all arriving at the Camp Nou on free transfers.

It’s the signing of the latter that represents the most intrigue with Barcelona have secured a deal for a forward who scored 76 goals and provided 55 assists in just 178 appearances for Lyon.

A high-profile move to Manchester United failed to work out earlier in the Dutchman’s career, but a move to Barcelona provides Memphis with a second opportunity to show he can thrive at the highest level.

The 27-year-old starred under Barcelona manager Ronald Koeman during their time working together for the Netherlands national side and the stage is now set for the forward to shine under a coach who knows how to get the best from him.

Boulaye Dia was linked regularly with a move to the Premier League last season following an impressive campaign for Reims, the Senegal international beginning the Ligue 1 season on fire after scoring eight times in his first eight appearances.

The forward’s imposing frame and finishing ability attracted attention from the continent, with his goals ensuring Reims survived relegation by just two points in a closely-fought battle to beat the drop.

The 24-year-old’s prolificacy slowed over the course of the campaign but a haul of 14 league goals has persuaded Villarreal to gamble on his services, the Europa League winners signing the forward in a £10.8m deal.

With veteran Carlos Bacca having moved on, Dia will be tasked with supplementing Gerard Moreno as the Yellow Submarine look to challenge Spain’s elite next season.

The best value signing of the summer, bar none.

Players of David Alaba’s calibre do not come along on a free transfer very often, with Real Madrid winning the race for his signature after 431 appearances in the colours of Bayern Munich.

With Sergio Ramos and Raphael Varane departing during the summer transfer window, Alaba will be looked towards to fill a sizeable void in quality and leadership in the centre of Carlo Ancelotti’s defence.

Hakan Calhanoglu’s refusal to sign a new deal at AC Milan saw the midfielder become a much sought-after player in the window, before the Turkey international ultimately decided he wanted to continue playing at the San Siro next season.

Calhanoglu, however, will be playing his football in the colours of the club’s city rivals, Inter Milan.

The 27-year-old has made the bold decision to cross the Milan divide and sign for champions Inter, a brilliant move for the Nerazzurri and one that will undoubtedly sting for a Milan side bidding to challenge their neighbours next season.

Calhanoglu provided three assists and scored once on his maiden pre-season appearance, whilst he created more chances than any other player in Europe’s top-five leagues last season (98), and Romelu Lukaku and co will be relishing the prospect of the service he can provide.

Gianluigi Buffon is well into the twilight of an incredible career, but at 43 the goalkeeping great has decided to embark on one new challenge – a romantic return to first club Parma.

Buffon called time on his second spell with Juventus this summer after 685 appearances and 21 trophies in Turin, signing a short-term deal with Parma exactly two decades after leaving the club in a record-breaking transfer.

There are 8,163 days between these two photos 🤯 pic.twitter.com/IDD3iNYWCS

Relegated to Serie B at the end of last season, Buffon will use all the experience gained over a career of huge longevity and success to help Parma bounce back at the first attempt.

Buffon’s namesake and successor in the national side, Gianluigi Donnarumma walked away from AC Milan this summer in search of a new challenge on the continent.

Fresh from being named as Player of the Tournament during Italy’s victorious Euro 2020 campaign, Donnarumma has signed for Paris Saint-Germain on a free transfer as the Ligue 1 side assemble a squad capable of winning the Champions League.

Donnarumma will be joined in the French capital by Sergio Ramos, Georginio Wijnaldum and Achraf Hakimi, a quartet of exciting signings that have bolstered one of the most talented teams in Europe.

At just 22-years-old the goalkeeper already boasts 251 senior club appearances and major international tournament success, with Donnarumma capable of being the Parisians’ number one for the next decade and longer.

All that stands in his way is the presence of Keylor Navas, who is unlikely to hand over his status as number one at the Parc des Princes willingly.

Fiorentina have splashed the cash to sign highly-rated Argentine forward Nicolas Gonzalez from Stuttgart in a £23.1m this summer.

Gonzalez scored 15 goals in all competitions to fire the German side to promotion in 2019/20, before helping the side to a mid-table finish upon their Bundesliga return.

The 23-year-old’s performances saw him named in the Argentina squad for this summer’s Copa America and he featured prominently as the South American nation ended their long wait for tournament success.

He arrives in Florence to boost the firepower of a Viola side who endured a disappointing campaign last term, the club’s over-reliance on 21-goal forward Dusan Vlahovic a problem they will be hoping Gonzalez can solve.