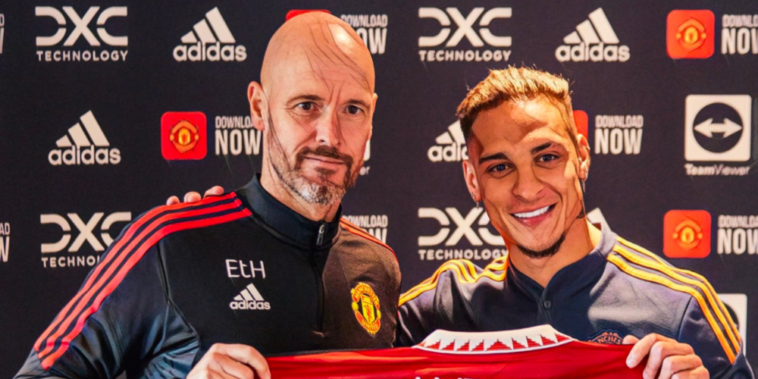 The summer transfer window slammed shut at 11pm on Thursday evening, with a record-breaking summer spend for Premier League clubs reaching its conclusion.

England once again led Europe for transfer fees and by some distance, spending more than La Liga, the Bundesliga and Serie A combined.

Here are the most expensive Premier League transfers of the 2022 summer window.

Marc Cucurella’s brilliant debut season at Brighton attracted interest from the Premier League’s top clubs, with Manchester City and Chelsea each making an approach for the full-back.

Chelsea eventually won the race after City refused to meet the Seagulls’ asking price, securing a deal for Cucurella worth £60m.

The 24-year-old was named as Brighton’s Players’ Player of the Season and Player of the Season in 2021/22, following a campaign in which he ranked third among all Premier League defenders for chances created from open play, behind only Trent Alexander-Arnold and Reece James.

Having signed for Brighton from Getafe for just £15.4m last summer, Graham Potter’s side have returned a huge profit on the player after just one season on the South Coast. Comfortable at wing-back or as part of a back three, his tactical versatility will prove valuable to Thomas Tuchel this season.

Richarlison’s move from Everton to Tottenham could also reach a club-record £60m with add ons.

Newcastle took a patient approach in the transfer window, before flexing their financial muscle with the £63m capture of Alexander Isak.

The fee made Isak the club’s record signing, eclipsing the £40m figure that took Joelinton from Hoffenheim to St James’ Park in 2019.

Isak arrives with a promising reputation after impressing at Real Sociedad, where he scored 44 goals in 132 appearances across four seasons. The leading scorer in the competition as Sociedad won the Copa del Rey in 2019/20, he has earned comparisons to compatriot Zlatan Ibrahimovic given his tall frame and immaculate close control, with Isak always willing to drive and dribble at defenders.

The 22-year-old made an instant impact on his debut in midweek, scoring a superb goal during Newcastle’s narrow 2-1 defeat at Liverpool. A marginal offside denied him a second, after be skipped round challenges of Andy Robertson and Joe Gomez before lashing home.

Impressive in a lone centre-forward role, there is reason to get excited in the North East.

Manchester United’s pursuit of midfield additions landed at the door of Real Madrid, agreeing a deal to sign Casemiro from the European champions.

The Brazil international signed for the Red Devils in a deal which could reach £70m with add ons and arrives following a decorated career in the Spanish capital that included five Champions League winners’ medals.

Much has been made about the fee and length of contract for a footballer who will turn 31 in February, but Casemiro’s arrival should end United’s long search for a midfield anchor.

Regarded as one of the best defensive midfielders in world football in recent seasons, he will upgrade a much-maligned midfield and has been described as the ‘cement between the stones’ by Erik ten Hag.

Chelsea’s long pursuit of Wesley Fofana eventually reached its desired conclusion this week, as the centre-back completed a £75m move from Leicester to Stamford Bridge.

The fee makes Fofana the joint-second most expensive defender in world football, equalling the fee Liverpool paid for Virgil van Dijk in 2018. Only Harry Maguire (£80m) has ever cost more.

Chelsea have handed Fofana a long-term contract and will hope the 21-year-old can emerge as a leader in their backline across the next decade. The departures of Antonio Rudiger and Andreas Christensen have seen Thomas Tuchel reshape his defence, with Fofana set to provide a youthful presence as the club’s right-sided centre-back.

Leicester have recieved over £150m for Wesley Fofana and Harry Maguire 🤯🤯 pic.twitter.com/D2qHNNWmVc

Fofana was named as Leicester’s Young Player of the Season during an impressive debut campaign that ended in FA Cup success, before injuries restricted him to just seven league appearances in 2021/22.

Back to full fitness, he will have the perfect mentors to learn from in Thiago Silva and Kalidou Koulibaly at Chelsea as he looks to build on a reputation as one of Europe’s most promising young centre-backs.

Darwin Nunez’s prolific form for Benfica saw Liverpool set their sights on the striker, agreeing a deal which could reach a club-record fee of £85m with add ons.

Nunez exploded onto the European scene last season with a 34-goal campaign in all competitions. He finished as the leading scorer in Portugal to win the Primeira Liga’s Player of the Year award and made a huge impression in the Champions League.

Goals in each leg of Benfica’s quarter-final defeat to Liverpool persuaded the Reds to make their move, as Jurgen Klopp’s evolution of his forward line continued.

The 23-year-old marked his first appearance with a goal in the Community Shield win over Manchester City, before coming off the bench to score one and create another at Fulham on the opening weekend.

A red card for a head-butt on Crystal Palace defender Joachim Andersen has since resulted in a three-match suspension and Nunez will be raring to go ahead of this weekend’s Merseyside Derby at Everton.

The most expensive signing of the summer was completed on deadline day, as Manchester United announced the arrival of Antony from Ajax.

Antony’s £86m arrival makes him the second-most expensive player in the Red Devils’ history, while his move to Manchester is the most expensive deal ever completed on the final day of the window.

Antony is officially a red 🔴🔥 pic.twitter.com/1n9XFIGrBW

Erik ten Hag had made the signing of the Brazilian a top target, having seen Antony shine since arriving at Ajax from Sao Paulo in 2020. The 22-year-old scored 12 goals and laid on a further 10 assists for Ten Hag’s title-winning team last season, form which has earned him a place in the Brazil side where he has since scored twice in nine caps.

The move to the Premier League now provides Antony with a huge stage as he looks to build on his raw potential and become a key figure for club and country. His exciting style of football will add a new option to Ten Hag’s forward line in a previous problem position from the right.