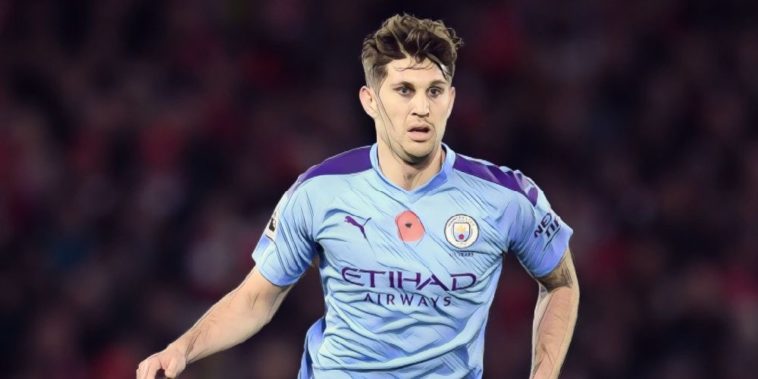 It’s often said that leading defenders are rarer than ever and Manchester City perhaps know that more than most, the club having splashed a fortune on defensive recruits with rather modest results in recent years.

Pep Guardiola’s side have played some of the most spellbinding football the Premier League has ever witnessed since the Spaniard’s arrival at the Etihad four years ago, but familiar flaws in their backline have often been exposed both at home and in Europe.

Those defensive deficiencies are arguably now greater than ever before and City have acted once more with the club-record signing of Ruben Dias from Benfica, the centre-back arriving amid the hope he can transform their fortunes.

The Portugal international becomes the seventh defender City have signed for £40m+ since Guardiola’s arrival in English football, a remarkable spree of spending that is perhaps yet to truly pay dividends.

Following Dias’ arrival we’ve decided to look back at club’s past defensive recruits, here are our ratings of the six £40m+ defenders that Manchester City have signed under Pep Guardiola:

John Stones arrived at Manchester City during Guardiola’s first summer of spending at the Etihad, the young defender having impressed in the Premier League during a three-season spell at Everton.

Stones’ self-assurance and comfortability in possession saw him viewed as the ideal defender for a Guardiola side, the youngster at ease when playing out from the back and stepping into midfield when required.

His four seasons have seen him fail to develop as once hoped despite the success of back-to-back league titles, form and fitness issues having plagued a player whose confidence has been dented following a difficult spell.

Once a first-choice for both club and country, Stones is no longer an automatic pick for either and finds himself at a crossroads at present, behind the likes of Aymeric Laporte and Nathan Ake in the pecking order at City even prior to the arrival of Dias.

Stones has undeniable quality but his mistakes have proven too frequent for a player at the highest level, the coming season shaping up as a defining one for the 26-year-old who faces a fight to re-establish himself ahead of next summer’s European Championships.

Guardiola’s debut season at City ended without silverware as the club finishing third in the division, the Spaniard swiftly identifying the need for fresh legs at full-back amid an ageing contingent including the likes of Pablo Zabaleta, Bacary Sagna, Gael Clichy and Aleksandr Kolarov.

Amongst a host of expensive arrivals was England international Kyle Walker, the Spurs speed merchant signing in a deal worth an initial £45m to add some much needed athleticism to the backline.

Walker has largely been an undisputed first-choice since making the move to the Etihad and has improved his all-round game under the guidance of Guardiola, curbing his natural gung-ho instincts to take a more measured approach, including tucking into midfield to create overloads on occasion.

The right-back has won two league titles and formed part of a domestic treble-winning team over the past three seasons, though his lack of attacking productivity and occasional lapses in concentration have been questioned.

That said, he remains a first-choice and his ability to see off increased competition from the likes of Joao Cancelo for a starting spot is an indication of his importance to the side.

That same summer saw Benjamin Mendy arrive to fill the vacancy at left-back, the Frenchman having impressed as part of a youthful and exciting Monaco side that reached the semi-finals of the Champions League, eliminating Guardiola’s City on their way to the showpiece.

His debut season saw Mendy suffer a torn ACL and he has struggled to maintain his fitness throughout his three-year spell at the Etihad, though even when available he has failed to reach the heights once expected.

Mendy can be a fine weapon when attacking in full flight, driving towards the touchline and possessing a fine – if occasionally erratic – delivery, but his continued defensive lapses have made him somewhat of a liability in a backline that lacks solidity.

Time and time again he has been found out defensively and has failed to convince Guardiola he is the solution to their issues at left-back, the huge investment in Mendy one which has failed to pay off to date.

Aymeric Laporte stands as a rarity amongst Manchester City’s defensive recruitment of recent seasons, with few questioning the wisdom in his £57m purchase from Athletic Bilbao during the 2018 winter window.

The Frenchman had forged a fine reputation after coming through the ranks at Bilbao and has since emerged as a figure of reliability for City in the Premier League, the centre-back a solid and unassuming presence at the heart of the backline.

Laporte oozes confidence and is a diligent defender in addition to providing a fine passing range from deep, his cultured left-foot providing balance with his absence often largely felt.

Last season’s extended period on the sidelines saw City’s title defence crumble, Laporte a mainstay of Guardiola’s side and a player a new-look defence can be built around in the coming seasons.

It can sometimes be easy to forget that Joao Cancelo is the most expensive right-back in the history of football, the part-exchange involving Danilo and his peripheral status at the Etihad seemingly overlooking his extravagant cost.

Cancelo is a talented player and provides plenty in an attacking sense, but his career has proven one of a nomadic existence as he has bounced around a succession of clubs including Valencia, Inter and Juventus.

The 26-year-old should arguably be at the peak of his powers but has failed to command an automatic place since moving to the Premier League, making just 13 league starts and failing to provide a single goal contribution since moving to City.

After a season of adaptation, he will be expected to kick on this season and make an impression, his £60m price-tag seeming hugely excessive at present.

Ruben Dias is the second centre-back to sign for City this summer following the capture of Nathan Ake from Bournemouth, the Dutch defender impressing Guardiola despite his presence in a relegated side.

Ake has performed admirably in recent seasons despite often being part of a chaotic defensive set-up, an encouraging sign given he arrives at another side seeking balance in their backline.

The Netherlands international is comfortable in possession and capable of fulfilling a variety of roles, his ability to play at left-back another useful asset given City’s struggles in that position.

Whilst not the dominant defender many feel Guardiola’s side need, Ake’s positional play and ball-playing abilities will be welcomed at the Etihad and time will tell if he can make an impact after stepping up a level.

Pep Guardiola opted to break Manchester City’s transfer record once more to sign Ruben Dias from Benfica during the summer transfer window, the centre-back viewed as a player who can potentially transform the club’s defensive line.

Dias has been linked with some of Europe’s leading clubs since coming through the academy ranks at Benfica, establishing himself as a key figure for the Portuguese side and helping the club to league title success, in addition to winning the Nations League with his national side.

Regarded as a natural leader after captaining Portugal at youth level and having worn the armband for Benfica, it will be hoped the 23-year-old can become the dominant figure City have lacked since the departure of former captain Vincent Kompany.

Dominant in the air, aggressive in his defending and comfortable in possession, Dias ticks plenty of boxes in terms of what Guardiola’s side has lacked in recent seasons, though it remains to be seen whether he is the answer they have long been looking for at centre-back.

Read – Strange days: Why Everton, Leicester and Spurs are in the reckoning to win the Premier League this season