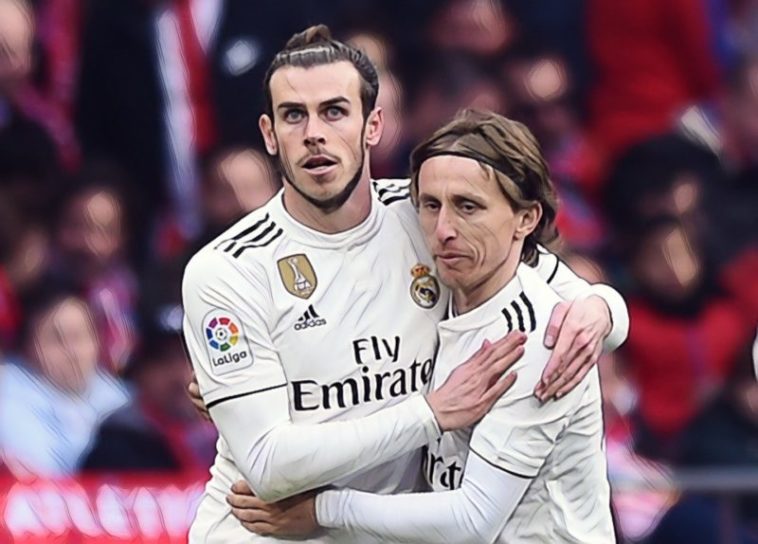 Luka Modric has come to the defence of former Real Madrid teammate Gareth Bale and insists the winger ‘never had any problems’ in the dressing room following his exit from the Bernabeu.

Bale has returned to the Premier League and Tottenham on a season-long loan deal seven years after his world-record move from the north London side to Real Madrid, where he scored over a century of goals and enjoyed a wealth of success, including winning two league titles and the Champions League on four occasions.

The 31-year-old has, however, endured a frustrating period in the Spanish capital in recent seasons after falling out-of-favour under Zinedine Zidane, Bale finding himself on the periphery of the first-team and reportedly in the dressing room.

Modric – who played alongside Bale at Spurs before spending the past seven years with the Welshman in Spain – has refuted suggestions the star was an outcast, praising the winger as ‘a wonderful boy’ and revealing how the player frequently spoke Spanish with the rest of the dressing room.

Speaking on Bale’s struggles at Real Madrid and subsequent exit, Modric told El Partidazo del Cope: “I have been with Gareth most of my professional life and he is a spectacular guy. He is shy, similar to me.

“What is said about him is not fair, they judge him in recent years but what he has done at Madrid is something impressive and he will always be remembered as a player who has done a lot for the club.

“He has never had any problems in the dressing room, he is a wonderful boy. He spoke Spanish, he joked with us.”

Modric was critical of how the player’s recent fortunes have altered perceptions of his achievements with Los Blancos and believes Bale – who twice scored in Champions League final victories – will be remembered as an important figure for Real Madrid in time.

“In recent years many things have come out and they have forgotten what he has done. When time passes they will remember him and how important he has been.

“Each one has their own behaviour, he was like that, he did not associate much, but in the dressing room he was very good.”