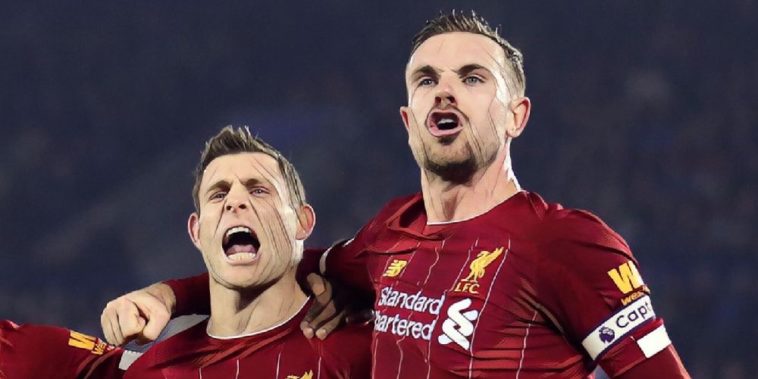 Jurgen Klopp secured his first major trophy as Liverpool manager last season as the club were crowned champions of Europe for a sixth time, before adding the UEFA Super Cup and Club World Cup to the Reds’ silverware cabinet.

The Merseyside club were also closing in on an elusive Premier League title prior to the suspension of football amid the coronavirus pandemic, and Milner admits their success of last season has increased motivation to bring further silverware to Anfield.

“It’s a similar thing that we had at Man City,” Milner said on Sky Sports The Football Show.

“It was so important to get off the mark and win that first trophy and it was massive for us as a group. It’s always important to win that first one and we managed to get the Super Cup and the World Championship this year and it’d be nice to add more.

“But it was big to get over the line and add that first one together as a team and that then gives you all the tools to go on and push on, and hopefully we can win more.

“We don’t want to be known as the team that won just that one trophy, we want to push on and see if we can win as many as we can.”

Milner has established himself as a key figure at Liverpool since joining from Man City on a free transfer five years ago, and was part of the sides that lost the 2017 League Cup and Europa League finals, as well as the final of the Champions League in 2018.

The midfielder says those near misses have acted as a source of motivation for both himself and the team, admitting he was ‘desperate’ to help add to the history of success at the club.

“I was desperate to get a trophy for this club,” Milner added. “You walk into Melwood every day and you see the trophies the club has won every single day.

“Getting to the Champions League final the year before, going close in the Premier League, the Europa League final and the League Cup final, having those near misses. That obviously made it even more special when we got there, but it’s a massive thing playing for a club the size of Liverpool.

“You get to finals, but you are not quite getting over the line – to finally get over the line and contribute number six, which we know how massive that is for the club, how important it is and the relationship the club has with the European Cup.”

Hamann discusses why Timo Werner might not be right for Liverpool