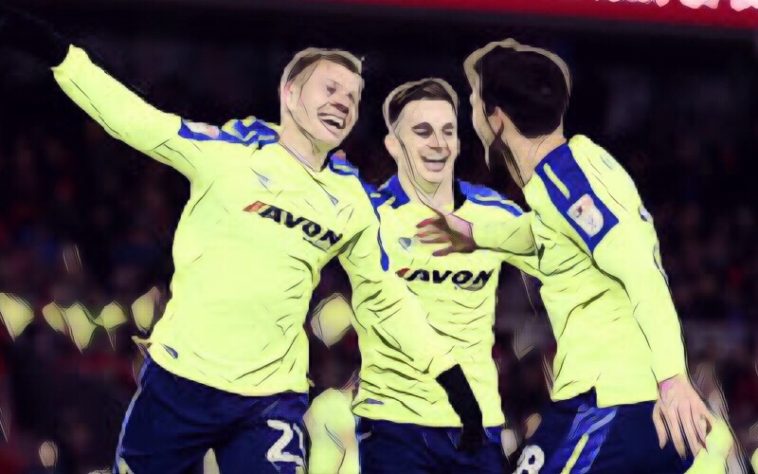 Derby County stunned the Riverside faithful as they ran out 3-0 winners away to Middlesbrough yesterday, securing their first win on Teesside in 17 years.

After being level on points in the table and both picking up 2-0 victories midweek, the stage was set for what looked to be an even contest. It was the home side that dominated possession and the chances in the first half, with Britt Assombalonga coming close while Marvin Johnson whipped several balls into the box which his teammates failed to get on the end of.

However, Boro weren’t rewarded for their efforts, and some quick link up play saw Matej Vydra with a shooting chance, and he lashed the ball past Darren Randolph to give the visitors the lead.

Garry Monk’s men still continued to control the first half, creating numerous opportunities, however they weren’t clinical enough in the final third to get themselves level.

Despite Boro’s failure to really test Scott Carson in the Rams goal, they still looked likely to get something from the game. So when former Derby loanee Daniel Ayala brought down Matej Vydra in the box just two minutes after the restart, resulting in a Derby spot kick, all the wind was taken out of the Middlesbrough sails.

Vydra stepped up to score his second of the afternoon, moving Gary Rowett’s side closer to their third win in their last four away matches. Thirteen minutes later, Daniel Ayala’s day went from bad to worse when he was shown a second yellow card, meaning Boro would have to play the last half an hour with 10 men.

With the home side looking defeated, Derby took full control of the game, and as the Riverside crowd began to head for the exits, Darren Randolph sliced the ball straight into the path of Vydra, who capitalised to bag his hat-trick, prompting more Boro fans to leave before the final whistle.

A solid away performance from Derby sees them move up to sixth in the table, above Middlesbrough, who drop to seventh. Up next for the Rams is a Tuesday night clash at home to Ipswich, whilst Boro’s next game is a trip to Bristol City.